The real story of the spy who saved Israel 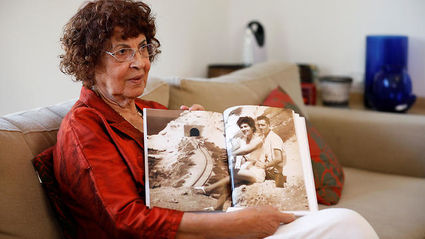 Nadia Cohen, widow of Eli Cohen, shows a photograph of herself with her late husband.

Thirty-two years ago, I watched "The Impossible Spy," a 90-minute film, released on HBO On Demand. It introduced to the Western world the real story of Eli Cohen, an Israeli hero, who had become a legend in the Mideast. An extraordinary Israeli spy from 1961-1965, he infiltrated the high command of Syria's socialist Ba'ath Party and gathered military information that enabled Israel to win the 1967 Six-Day War against Syria, Egypt and Jordan.

In 2019, I viewed Netflix's six-episode TV series, "The Spy," also about Cohen, but this story presented him as a James Bon...