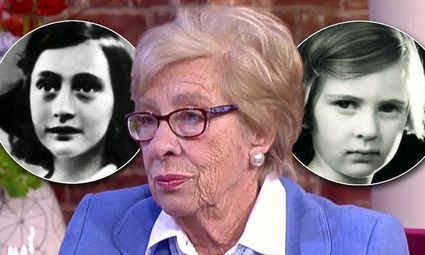 The Holocaust Center is announcing a multi-faceted approach to educating and empowering all people to combat prejudice and bigotry. The main vehicle will be the unveiling of a new exhibit called, "Uprooting Prejudice: Conversations for Change." Opening in September, the exhibit focuses on the hope-filled activism of Daryl Davis. As a legendary blues musician, he devoted his life not only to the power of music, but also to the power of peace building via courageous and thoughtful dialogue.

Over the course of many years, Davis bravely befriended members of the Ku Klux Klan and other White supremacist groups. His persistent and deep conversations led to over 200 individuals leaving these movements - with many of them giving their robes to Davis. He is the subject of the documentary, "Accidental Courtesy: Daryl Davis, Race & America," and author of a best-selling book, "Klan-destine Relationships."

The exhibit, "Uprooting Prejudice: Conversations for Change" is made possible by Truist Bank, Universal Foundation and a challenge grant from the Frances and Joseph Victor Fund at Central Florida Foundation, as well as many supportive individual investors.

Starting the week of June 22, the Center will hold "Strategies For Action," free bi-weekly programs that will focus on topics such as the roots and history of racism, how to be an ally for racial justice, and how to recognize our own personal biases.

"During this unprecedented time of unrest in our country, we want to continue to be a voice of change and facilitator for these important conversations," said Michelle Feinberg, Board Chair of the Holocaust Center.

• On June 14, from 2 p.m. to 3 p.m., take part in a virtual discussion of the book "Jack and Rochelle: A Holocaust Story of Love and Resistance."

The memoir is of a man and woman who escaped into the forest, joined the Jewish partisans and fell in love as Hitler laid waste to their Polish hometowns.

They married in 1942 in the underground bunker that served as one of their shelters while they fought with Jewish partisan groups during the war. After that, the couple was sent to a displaced-persons camp in Germany. The two later immigrated to St. Paul, Minnesota, where they ran an import business and had two children. Rochelle Sutin died in 2010.

Having experienced her stepfather's emotional involvement with Anne Frank and the preservation of her memory, she felt compelled to take on the responsibility of keeping Anne Frank's name alive. Schloss began to speak of her family's experiences during the Holocaust at educational institutions. For her dedication to this work, Northumbria University in England awarded Schloss an honorary doctorate in 2001.

These events are free. Register at https://www.holocaustedu.org/event/june-book-club.

Through this virtual reality tour, Anne Frank's legacy can be seen in a new, immersive way. The Anne Frank House partnered with developer, Force Field VR, to recreate the Secret Annex where Anne Frank and her family lived in hiding from July 6, 1942 until their arrest on the morning of August 4, 1944. Using cutting-edge visualization technology and extensive historical research, the end result is an experience you will not forget.

As you are guided through the rooms by Anne, she will tell you what life in the attic was like. The rooms of the Secret Annex are furnished in the style of the time spent in hiding and provide an empathetic experience.

The creators of this exhibition hope it also helps to encourage reflection on the dangers of anti-Semitism, racism, and discrimination and the importance of freedom, equal rights, and democracy.

"Its so real that I felt like I was there. This is the next best thing to actually going to Amsterdam," said Nicole Donelson, Central Florida Foundation.

This project has been made possible by the United Arts of Central Florida.

To reserve your experience, please call the Holocaust Center at 407-628-0555 or email ccarey@holocaustedu.org.