Documentary 'Minority of One' premieres in a online event 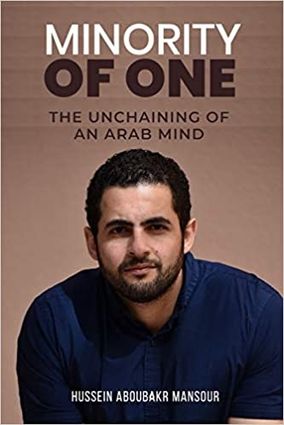 StandWithUs is proud to announce the online global premiere of its powerful new documentary, "Minority of One." The screening will take place on June 22 at 11 a.m. PST (2 p.m. ET), followed by a live Q&A with the subject of the documentary, Hussein Aboubakr.

Hussein Aboubakr Mansour was born in 1989 in Cairo, Egypt. The ultimate villains in the local lore were the "bloodthirsty Zionists," so Aboubakr began to study the supposed enemies of his people.

He studied Hebrew at Cairo University, but did not adapt to the official anti-Israel, anti-Semitic curriculum of the regime. The first visitor to check out books and watch films at the Israeli Academic Center of Cairo, in 2010 Aboubakr was monitored, harassed, and jailed by the Egyptian State Police. That same year, he was suspected of being a "Zionist agent" and held a military detention facility where he was tortured to the point of wanting to kill himself.

He became an organizer of the Tahrir Square uprising in 2011. By 2012 the secret police of the Muslim Brotherhood regime again began persecuting Aboubakr for his contacts with Israelis and writings expressing hopes for coexistence and peace. His Coptic friends arranged his escape to the U.S. Aboubakr received asylum in 2014 and taught Hebrew in the Defense Language Institute in Monterey, Calif. He joined SWU in 2019 as an educator and now lives in Los Angeles.

How does a regular boy from Cairo grow up to hate Jews? How does he free his mind from that toxic hatred and begin actively fighting against it, even at the risk of losing his life? What do pivotal world events like 9/11, the rise of the digital Information Age, and the Arab Spring look like through his eyes? "Minority of One" answers these questions and more through the harrowing and inspiring story of Hussein Aboubakr.

"I believe 'Minority of One' illustrates the crucial importance of education. No one is born evil," said Aboubakr. "I know from personal experience that those who promote anti-Semitism and other forms of hatred are often themselves victims of indoctrination and bad ideas which pervade their community and society. I hope this documentary inspires people around the world to fight bad ideas with good ones, so they can change their reality for the better."

Aboubakr published a book with the same title on May 20, 2020, which delves even deeper into the story he tells in the documentary.

"We are very excited to host this unique online premiere that audiences around the world can enjoy from home," said Roz Rothstein, CEO of StandWithUs. "This is a story that needs to be told. We believe 'Minority of One' will offer people of all backgrounds inspiration and hope during these difficult times."

The film is produced by StandWithUs and written by Hussein Aboubakr. It is directed and edited by Ori Guendelman, a professional writer and director based in Los Angeles. Guendelman is a member of the Writers Guild of America West, has had his screenplays featured on the prestigious Hollywood Black List, and has worked with numerous studios and production companies.

The trailer and a link to register for the global premiere are available on the StandWithUs website. (www.standwithus.com/minority-of-one).

People also can request the film followed by a q&a with Hussein by contacting: media@standwithus.com.

Learn more about Hussein's incredible story by reading his book, "Minority of One: The Unchaining of An Arab Mind," available on Amazon at https://www.amazon.com/Minority-One-Unchaining-Arab-Mind/dp/B088N8X3GJ.