In Cuba, Jewish foods - from kosher meat to bagels with holes - are hard to come by 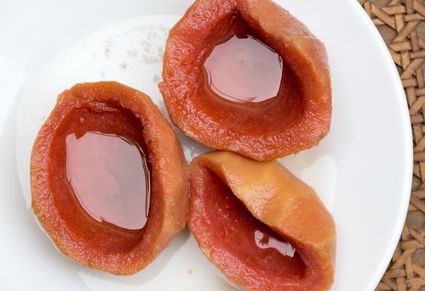 Guava is a popular fruit in Cuba and is used in hamantaschen there for Purim.

HAVANA (JTA) - The remaining Jewish community in Cuba has much to contend with - a lack of resources and rabbis, a population that's both aging and dwindling, and ongoing uncertainty about how much aid and assistance they can expect from their co-religionists in the United States.

Adding to that long list: It's not easy to find traditional Jewish foods.

There are a variety of reasons why, especially for observant Jews who keep kosher. One of the biggest staples in the Cuban diet is pork - a category of meat that is never kosher.

Unlike other Latin American countries, Cuba suffers under a de...