AIPAC tells lawmakers it won't push back if they criticize annexation 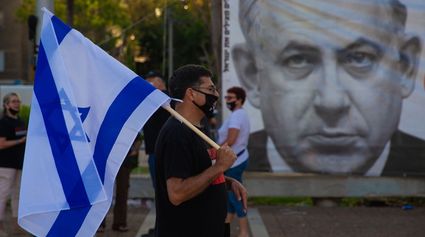 People gather to stage a demonstration to protest against the annexation plan of the Jordan Valley, located in the occupied West Bank and illegal Jewish settlements in West Bank, Tel Aviv, Israel on June 6, 2020.

WASHINGTON (JTA) - The leading pro-Israel lobby in the United States is telling lawmakers that they are free to criticize Israel's looming annexation plans - just as long as the criticism stops there.

Two sources - a congressional aide and a donor - say the American Israel Public Affairs Committee, or AIPAC, is delivering that guidance in Zoom meetings and phone calls with lawmakers. The message is unusual because the group assiduously discourages public criticism of Israel.

But these are unusual times: Prime Minister Benjamin Netanyahu has set a July 1 deadline to annex parts of the West B...