Schafer captures cry of racial injustice in 'I Can't Breathe' 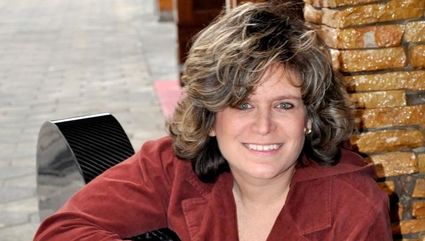 Many in the community remember Beth Schafer as the former cantor at Congregation of Reform Judaism and Temple Shir Shalom. She now resides in Atlanta and is the Bunzl Family Cantorial Chair at Temple Sinai in Atlanta. However, Schafer is also an inspired Jewish composer, arranger and producer with hundreds of original songs, compositions and arrangements.

Recently she took to the streets in Atlanta alongside her black brothers and sisters to protest the multitude of crimes against black people.

"While this is not the first time I have protested for racial justice, it felt different," she commented in an email to several of her friends. "The rage, the desperation, was beyond palpable. I could feel it in my body. It moved me to tears. The chant 'I can't jog. I can't breathe. I can't be black in America,' will forever ring in my conscience."

Two days after the protest, agitated and restless, Schafer wrote "I Can't Breathe." It only took one week to complete the recording. Marlon Patton laid down the drum tracks from Brooklyn and Will Robertson added the bass and vocals in Atlanta.

A music video is available for all to see at https://youtu.be/jHGkFsL2SgQ.

The video can also be viewed on youtube.com by typing in "I can't breathe Beth Schafer."

The last line of the song, "Let us scream, 'I can't breathe or run or be...,'" is a heart-wrenching call to speak out against racism.

"We can't be silent," Schafer said. "We are needed both in body and in spirit. Let's be the source of strength and hope I know we can be. As long as one person is still screaming, we must scream too."

Schafer encourages those who want to make a difference to consider a donation to The Equal Justice Initiative at eji.org and click on "donate" at the top of the page.