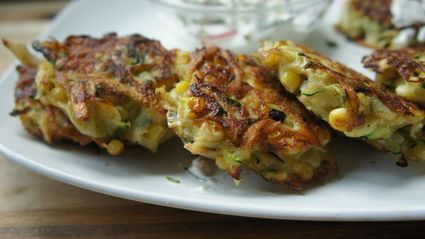 (The Nosher via JTA) — Who says latkes are just for Chanukah? Well, it’s not me. And summer is a great time to try using seasonal produce to make some crispy, delicious latkes.

I recently fried up some fresh corn and zucchini latkes, served with herb sour cream (or yogurt) and thinly sliced radishes. The texture of the fresh corn with zucchini and potato was so delicious. If you’re looking for other ideas for non-potato latkes try broccoli stem latkes or even these healthful spaghetti squash and quinoa fritters from Julia’s Album, which after all, is just another na...