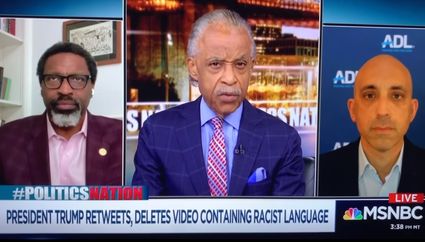 (JNS) - Anti-Defamation League national director and CEO Jonathan Greenblatt has come under fire from Jewish groups for appearing on the MSNBC show "Politics Nation With Al Sharpton" on Sunday to promote the ADL's call for corporations to boycott Facebook in July over its unwillingness to ban hate speech on the social-media giant's platform. While the message seems on target with ADL's work, the idea of partnering with someone like Sharpton, who has a history of anti-Semitism and other bigotry, is hypocritical, if not counterproductive, they say.