Brooklyn's Hasidic Jews are acting like they have herd immunity - could they be right? 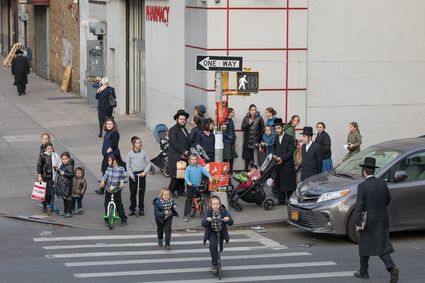 (JTA) – The front page of the June 26 issue of Der Yid, one of the most widely circulated Yiddish newspapers among New York's Hasidic Orthodox communities, made the point loud and clear.

"And so it was after the plague."

Those words, lifted from a verse in the Torah and printed alongside photos of large gatherings of unmasked Hasidic men, had a clear implication: After months of funerals and fear, the modern-day pandemic had passed and the time had come to gather again.

That sentiment appears to be guiding life in Brooklyn's Hasidic communities, where nearly four months after the virus fi...