Judge Alan Apte up for re-election 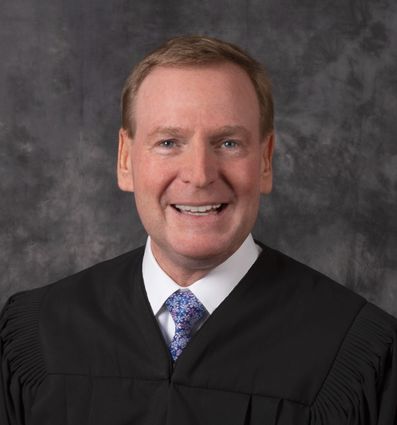 Very few things can be scarier than having to appear in a courtroom. One concern in many people's minds is which judge will be trying their case. With almost 150 endorsements from lawyers, rest assured that those who stand before Judge Alan Apte of the Ninth Circuit Courts of Orange and Osceola counties will have a fair hearing. In fact, no one walks out of his courtroom confused. He makes sure that the litigants and lawyers understand everything that happens.

In a calm, straightforward and thoughtful manner, Apte explained the importance of being clear in his courtroom. He follows the old adage "Justice delayed is justice denied."

"When done with the hearing, they know the ruling and why. That's important, rather than waiting weeks to find out what happened."

Apte continued, "My job is not to just grant or deny. The way I do it, and this is from me being a lawyer watching other judges, is I explain what the facts are. I explain what the rule is, what the statute is and explain my ruling. When they are in my courtroom, they know why I rule in a particular way. I think that's what the community wants. The community needs to know and have an understanding. I think that's important that people understand what the facts are, and what the ruling is."

There are 597 judges on the Florida Circuit Court, each elected via nonpartisan elections. They serve six-year terms, after which they must run for re-election if they wish to retain their seat.

In an endorsement, Frederick J. Lauten, Esq., former chief judge, Ninth Circuit Court wrote: "I worked as a colleague with Judge Apte in the Ninth Circuit. Judge Apte is an intelligent, thoughtful and unbiased jurist. He has served the citizens of Florida well for decades and I strongly recommend he be retained as a Circuit Court judge."

Divisions Apte has served in include Domestic Relations, Circuit Criminal, Juvenile Division/Drug Court, Unified Family Court Division and Domestic Violence divisions. Currently, he is the Ninth Circuit Judge Mentor coordinator, and he serves in the Guardianship, Mental Health, Risk Protection Order, Jimmy Ryce Division, presiding every day over cases for the most vulnerable individuals - those who can't take care of themselves whether due to mental health, substance abuse or disability issues.

The Jimmy Ryce cases involve individuals who've gone to State prison for sex offenses. Before they are released from prison, the Department of Children and Families evaluate them to see if there is any potential of reoffending. The State can seek to civilly commit them outside prison to a State hospital.

Apte also makes sure that any lawsuit where a child is involved, whether in a car accident or any type of case where they've been injured, the settlement is in the child's best interests.

Since Apte sees so many similar situations, does he just "push through" cases?

He approaches every case with a clean slate. "Every day I learn something new," Apte stated.

In summarizing Judge Apte's bench appeal, Jason P. Herman, Esq., Dan Newlin Injury Attorneys, stated in his endorsement: "Over the course of his judicial career, Judge Apte has shown his commitment to the community and to the legal profession by administering justice fairly and displaying an even-tempered judicial demeanor. He has earned the respect of lawyers, non-lawyers and litigants who appear in front of him. Judge Apte has earned the right to continue to serve the Ninth Judicial Circuit."

Since the COVID-19 pandemic began, Apte has not slowed down. He still works five days a week whether he is in the courtroom or at home (thanks to the Internet). The Florida Supreme Court listed six essential types of cases to continue presiding over. Apte has three of the six: Baker Act, which covers mental health issues; Marchman Act, primarily for chemical dependency/substance abuse and is used for involuntary assessment and treatment; and Guardianship, which includes accessing whether or not a guardian or hospital can execute a Do Not Resuscitate order.

Apte had to decide on DNR orders every day the week of this interview. "It's always a good idea to have judicial oversight so there is not some sort of advance directive. But it is the most heart-wrenching thing I do now because sometimes family members just aren't ready. And it takes everyone's input. The doctors are amazing for how much they care for the patients."

COVID-19 has quickly brought about some good changes in the courtroom. Until March, judges did not have the ability to take the testimony of a witness from out of state, unless the witness was there in the courtroom. Now, if the judge can see a person with identification and match the face to the name, he can swear him in and take his statement through Zoom.

Outside of the legal profession Alan has dedicated himself to serving the community through various charitable and voluntary organizations. Throughout the years he has coached youth soccer, mentored young people, mentored young lawyers, and assisted seniors through a variety of local nonprofit organizations and activities. 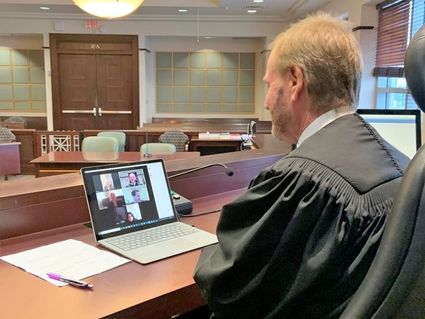 Apte has served in leadership positions with the Florida Conference of Circuit Judges for the last 12 years. He presently serves as one of the four officers, having been unanimously elected in 2018 by all 600 members. Throughout his 18 years on the bench he has taught and mentored his fellow local and statewide Circuit and County judges and lawyers on a variety of legal topics including ethics, criminal law, evidence code, family law, domestic violence law, and expert witnesses.

What are the best credentials Judge Apte has to be re-elected? His experience in the courtroom; giving every case his undivided attention; his fair judgments - "as a judge, I have to make a decision. Follow the rules, you can never go wrong"; and his leadership in the court system and the community.

"I've given my heart and soul to the Ninth Circuit and provided service to the community," he shared.

To read more about Apte's endorsements, background and credentials, visit his website, http://www.reelectjudgeapte.com.