'Whose Holy Land?' releases July 27 and the timing couldn't be better 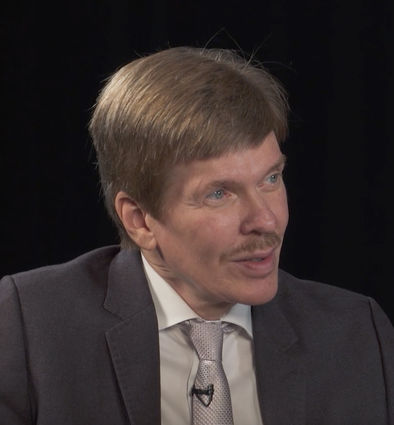 Anyone who has heard a lecture by Kenneth Hanson, Ph.D., coordinator of the Judaic Studies at UCF, knows how passionate he is about telling the history of Israel through its archaeological finds. Hanson is a natural storyteller who makes the past come to life through his books (almost a dozen), blogs, podcasts, radio, videos and television (The History Channel).

A scholar of Hebrew language and the history of the Jewish people, Hanson has just completed a new book whose timing is perfect as Israel prepares to give sovereignty to areas in Judea and Samaria. "Whose Holy Land? Archaeology Meets Geopolitics in Today's Middle East" gathers archaeological evidence for the Jewish presence in Jerusalem and environs extending back into the Bronze Age during the twentieth century B.C.E.

"The Land of Israel is not just the 'Holy Land.' It's an archaeological minefield," said Hanson.

Ancient artifacts are the storytellers, according to Hanson. They are witnesses to the truth of who lived in this ancient land.

"'Whose Holy Land?' follows the history of Israel from the Canaanites, who have disappeared, as has the entire lineage of the ancient Romans and Byzantines. There are no Egyptians, no Babylonians, no Assyrians, no Edomites, Hittites or Amalekites; and the list goes on. Of all ancient peoples, only the Jews have survived. Yet, it is precisely the Jews who are said to be squatters on Arab land."

Hanson's in depth research reveals just who the modern Palestinians are, and where they came from. Archaeological records trace those who have lived in the land: from the Jews who had the land taken from them by the Babylonians all the way to the British.

"It's time to take a fresh look at the modern implications of the science of archaeology," Hanson said.

Hanson is available for speaking engagements, whether by video or in person (when quarantine is lifted). He is scheduled to speak at the University Club in Winter Park on Sept. 21. For more information, go to drkenhanson.com/#booking.

"Whose Holy Land?" is available for pre-order on amazon.com and will be auto-delivered to Kindle devices on July 27. Amazon states that it will notify those who pre-order the hardcover or paperback by email when a date for delivery is available.

Read an excerpt from "Whose Holy Land?" on page 8A.