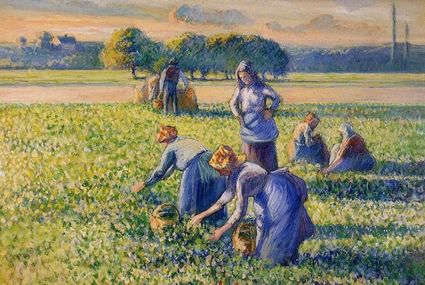 (JNS) - A French appeals court ruled against an American couple that sought to get back the 1887 painting called "La Cueillette des Pois" ("Picking Peas") by Camille Pissarro that was looted from a Jewish collector during World War II and the Holocaust.

The court upheld an earlier ruling that the painting should be returned to the family of the collector, Jewish businessman Simon Bauer, according to the text seen by AFP on Wednesday.

Purchasers Bruce and Robbi Toll of the Philadelphia area, who are also Jewish, claimed that they didn't know the painting was stolen when they bought it in...