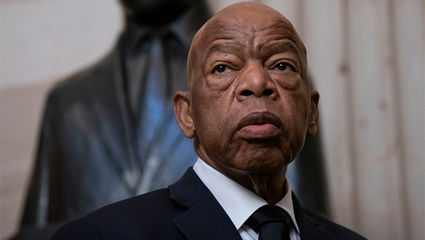 As I've said before, I write this column almost two weeks in advance of publication so I just learned of the death of Congressman John Lewis yesterday.

What a great loss! I had so much respect for him, starting back in the days when he and Martin Luther King marched together.

He was always a well-spoken, likeable young man fighting for a good cause.

Rest in peace, Congressman Lewis. You will never be forgotten.

Things you need to know ...

I'm referring to Israel, 10 things you need to know about Israel.

The Jewish people are indigenous to Israel - the birthplace of their language, culture, religion, and identity. Jews have had an unbroken presence in the land for over 3,000 years.

Although they flourished at times, for 1,900 years Jews lived as an oppressed minority across Europe, North Africa, and the Middle East. Despite many obstacles, those living in the Diaspora maintained their unique identity and connection to their ancestral homeland and to the Jews who remained there.

In the late 19th century, Jews started a movement called Zionism to liberate themselves from oppression and rebuild a thriving nation in the land of Israel.

In 1920, after the Balfour Declaration and the San Remo conference, the League of Nations recognized the Jewish people's historic connection to Israel as well as their right to a homeland there under international law.

For decades, beginning in the late 1800s, waves of Jews returned to the land of Israel to rejoin those who were already there and rebuild their nation. They drained swamps, built cities and farms, revived Hebrew as a spoken language, and created the institutions necessary for a state.

In 1948, Israel declared statehood in the midst of a brutal war launched by Arab forces to prevent its establishment. Its Declaration of Independence enshrined the values of justice, democracy, equal rights, and peace. Initially, most of its population consisted of Jewish refugees who survived the Holocaust or fled rising violence and persecution in Arab countries.

Israel is about the same size as New Jersey and can fit into California 22 times. It has very limited natural resources, and most of its land is desert.

Israel made peace with Egypt in 1979 and Jordan in 1994. Israelis have agreed to or offered at least four major proposals to end the conflict with the Palestinians and help create a Palestinian state. Palestinian leaders have said no each time, to the detriment of both peoples.

Israel is one of the world's most diverse nations and the only consistently free country in the Middle East. Israelis have successfully fought for progress on human rights issues like equality for minorities (especially for the 1.8 million Arab citizens of Israel), women's rights, LGBTQ rights, peace with Israel's neighbors, and much more.

A while back I heard from Dr. MICHAEL D. EVANS, president, Friends of Zion, head of the Jerusalem Prayer Team.

He said "I am tired of going to funerals for Jewish people killed by those who hate them. This situation must be resolved. These attacks must be stopped. There must be peace in Israel and the Middle East."

(Since these words were spoken, anti-Semitism seems to have sprung up again, not just in the Middle East, but in Europe, Asia, and yes, even in the United States).

It seems much of the world is pushing hard to take away the Bible lands from Israel. They claim that this is the only path to peace. But that ignores both GOD's prophetic plan and the reality of history.

(We must stay strong and stand our ground.)

Along with electing officers and board members, they will report on the Federation's activities, the plans for the future, and Jeff Gaeser will present the Heritage Florida Jewish News Human Service Award.

They are also planning to have a special entertainer for the meeting.

Official Federation business will include the election of new Board members: 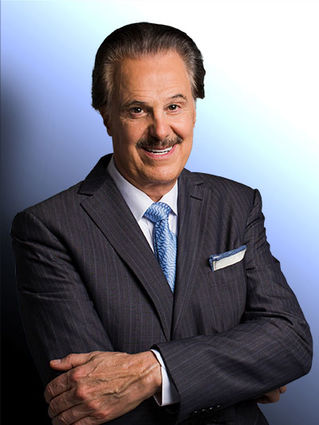 I heard from our own ALAN ROCK who told me that all shows at the Blue Bamboo have been cancelled because of Covid-19. But he suggests you call them for any changes about resuming performances.

Sol took his King Charles spaniel dog to the vet.

"Doctor Cohen," he said sadly, "I'm afraid I'm going to have to ask you to cut off my dog's tail."

Dr Cohen stepped back in shock, "Sol, why should I do such a terrible thing?"

"Oy vey, my mother-in-law's arriving tomorrow, and I don't want anything to make her think she's welcome."

(Actually, this is sort of a cruel joke, but it is funny!)