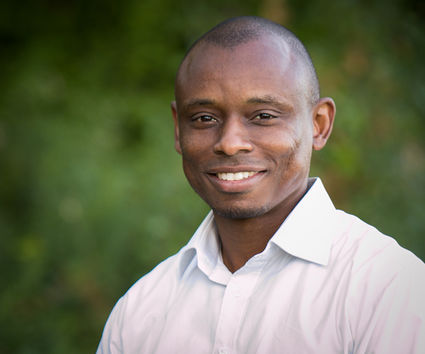 (JNS) - Since taking office in 2019, Rep. Ilhan Omar (D-Minn.) has become one of the most outspoken critics of Israel in the U.S. Congress. She has become part of a growing cadre of young progressives within the Democratic Party whom critics fear will erode the long-heralded bipartisan support for Israel.

Yet for Antone Melton-Meaux, who is one of four candidates challenging Omar in an Aug. 11 primary for Minnesota's 5th Congressional District, it seems possible to be progressive, pro-Israel, and most importantly, reject anti-Semitism.

"I have not seen a concerted effort by the congresswoman into building bridges back to the community and helping herself to continue to learn and grow," he said in an interview with JNS on Tuesday, adding that "she's lost the trust of many in the Jewish community, and that's very unfortunate."

During her two-year tenure in Congress, Omar has become a frequent critic of Israel and has been criticized for using anti-Semitic tropes.

In February 2019, a month after being sworn in, she accused AIPAC of paying members of Congress to back Israel, saying it was "all about the Benjamins."

The following month, she pointed fingers at her "Jewish colleagues" for attacking both her and Rep. Rashida Tlaib (D-Mich.) for labeling their criticisms as anti-Israel because of the Muslim faith of the two congresswomen, in addition to slamming her critics regarding "the political influence in this country that says it is OK to push for allegiance to a foreign country."

This led to the passing of a U.S. House of Representatives resolution condemning anti-Semitism and other forms of hatred that did not call out Omar by name.

Given her track record, Melton-Meaux's once-longshot bid to upset Omar in a primary is becoming more realistic. Melton-Meaux, a 47-year-old lawyer who founded and leads a mediation firm, has significantly out-fundraised his opponent and has gained the support of pro-Israel political groups such as Pro-Israel America, which has raised $397,000 for his campaign.

In his interview with JNS, Melton-Meaux said that fighting anti-Semitism can be done "in part by continuing to talk about and call it out when we see it, and trying as best possible to help those who may have said hurtful things to see how those words are hurtful."

But, he continued, "give them an opportunity to learn from that and make course corrections and be better because, the truth of the matter is, with anything that's cultural or ethnic, we all can make mistakes ... whether it's talking about issues of [the] Jewish community or issues of the African-American community, the Somali community, there's a lot for all of us to learn."

Omar also drew widespread headlines last year after she was barred from visiting Israel due to her support for the anti-Israel BDS movement.

Unlike Omar, Melton-Meaux opposes BDS, which he said "delegitimizes Israel and, frankly, doesn't help the Palestinians as well."

However, as a political newcomer, he recently ran into some trouble for a reply to a question on campaign contributions when he stated that donations "received from the Jewish community" won't "influence" his policy decisions.

In his interview with JNS, Melton-Meaux apologized for his reply to the question.

He added that "what's important is that in this district, and hopefully across the country, when an elected official or someone who wants to be an elected official makes a mistake, that they are willing to raise their hand and say so, and to do it honestly and earnestly. ... And that's what we're going to do in this situation."

Melton-Meaux, who is black, said that is "really important," especially in the aftermath of the death of African-American George Floyd, 46, who died on May 25 in the custody of Minneapolis police, "that we really talk about all measures of speech and actions that are harmful to communities," including the Jewish community.

"We have to call out these things when we see it," he said. "For African-Americans, if we see or hear another African-American using hurtful language to the Jewish community or to the Asian community, we got to call it out."

Despite disagreeing with Omar on BDS and other issues, Melton-Meaux said he isn't a fan of the Trump administration's agenda, lauded by many, including by Israeli Prime Minister Benjamin Netanyahu, as the most pro-Israel ever.

"The Trump administration has really harmed the prospects of a two-state solution. They've harmed building the right types of relationships on the ground with the Palestinians and the Israelis to create the right environment for productive negotiations-for example, moving the U.S. embassy to Jerusalem. That unilateral move without informing or having the Palestinians be a part of the conversation, I think it was a mistake."

Nevertheless, said Melton-Meaux, the embassy "should stay" in Jerusalem.

Also, unlike Omar, he is against conditioning or even cutting off of U.S. aid to Israel if the Jewish state goes ahead with its plans to apply sovereignty to, or what many call annex, parts of the West Bank, also known as Judea and Samaria.

He said that it is America's "obligation" to honor the 10-year memorandum of understanding, or MOU, signed in 2016 between the United States and Israel to provide $38 billion in defense assistance to Israel.

Regarding the U.S. "Peace to Prosperity" Mideast plan released earlier this year, Melton-Meaux said it was a "take it or leave it" offer to the Palestinians, adding that "it wasn't thoughtful."

He noted that from his experience as a mediator, "any meaningful long-term solution between parties that have long-term disputes has to come from the stakeholders themselves. It can't come from third parties. We can't force or implement a peace plan upon the Israelis and the Palestinians."

On Iran, Melton-Meaux called for returning to the negotiating table to deal with the sunset clauses under the 2015 nuclear deal, which the United States withdrew from in May 2018. Since then, the Trump administration has reimposed sanctions lifted under it and enacted new financial penalties in what has been dubbed a "maximum pressure" campaign against the regime.

Melton-Meaux said he supports extending the 2010 U.N. arms embargo on Iran, which will expire on Oct. 18.

"Iran can't just simply wait out the clock - whether it's on ballistic missiles or enriched uranium or centrifuges," he said. "All those things have sunset provisions in them."

In a letter in May, 387 members, or nearly 90 percent, of the House of Representatives, including Omar, called on U.S. Secretary of State Mike Pompeo to work with U.S. allies in extending the U.N. arms embargo on Iran.

At the end of the day, Melton-Meaux said that "though my campaign is to represent the best interests of the 5th Congressional District, I'm running to represent everyone in this district. That includes the Jewish community, the Somali community, African-American community, working-class people."

He added "to the extent that I can be a useful partner on the issue of U.S.-Israel [relations] or how we communicate with each other in a supportive, thoughtful way, especially on issues of anti-Semitism or other race issues, I am proud to be a part of that."