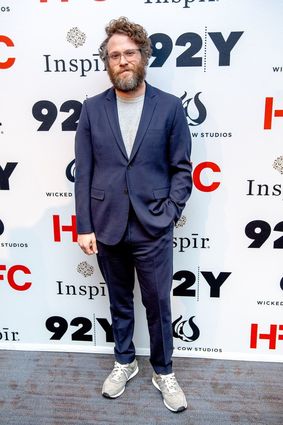 (JTA) - Marc Maron warned listeners at the beginning of the latest episode of his "WTF" podcast on Monday: "If you don't like Jews, you're gonna get triggered."

It was a fair disclaimer, given that his hour-long conversation with Seth Rogen touched on just about every general aspect of modern Jewish identity, from Jewish summer camp to cultural Jewishness to sitting shiva.

But a second warning came part of the way through the episode, as the conversation turned to Israel. "We're gonna piss off a bunch of Jews," Maron said.

Rogen, who grew up attending Jewish schools and Jewish camp in Vanco...