'The Painted Bird' is now on demand 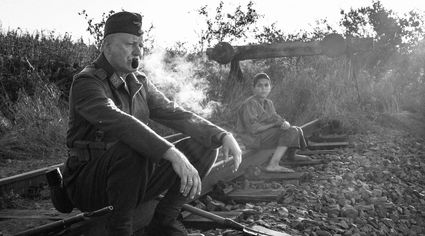 Stellan Skarsgaard (l) as Hans in "The Painted Bird."

(JTA) - Jerzy Kosinski's 1965 Holocaust novel "The Painted Bird" was mired in controversy almost from its release. The film adaptation, which became available through on-demand platforms this weekend, has raised eyebrows as well.

In the 1960s, the author suggested that the novel - about a Jewish boy who witnesses sexual deviance and violence while wandering through Eastern Europe during World War II - was autobiographical. Prominent Jewish reviewers, including survivor Elie Wiesel and Cynthia Ozick, heaped it with praise. Ozick wrote that she recognized the writer's authenticity as a "Jewis...