Zach Banner tries challah and (spoiler) he loves it 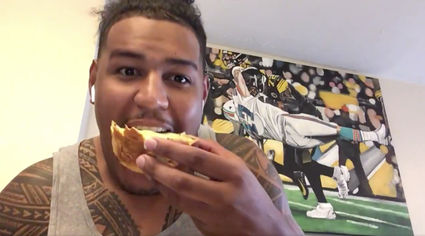 (JTA) - Zach Banner of the NFL's Pittsburgh Steelers now knows what challah tastes like - and he can say the word properly.

With "a little phleghm," the offensive lineman said in a tweeted video of himself this week.

In a recent interview, Banner said that after he posted tweets and videos embracing the Jewish community amid the anti-Semitism furor involving fellow NFLer DeSean Jackson, he has received an outpouring of love - including the delivery of loaves of challah.

That affection has also included donations to his B3 Foundation, which supports children academically and athletically in...