'He told me to call him Cube': ZOA chief Mort Klein details his talk with Ice Cube after Farrakhan tweets 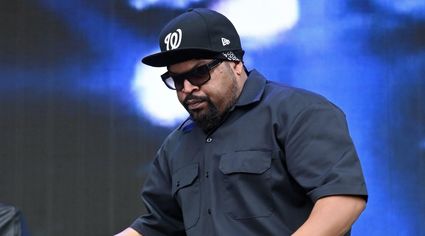 (JTA) - Mort Klein didn't know much about Ice Cube when he got on the phone with him on Monday afternoon, but by the end of their two-hour conversation, Klein said he was convinced the rapper was not anti-Semitic.

In fact, the president of the right-wing Zionist Organization of America said, the rapper had invited Klein and his wife to dinner - once the pandemic is over.

"He called me Mort," Klein told the Jewish Telegraphic Agency. "He told me to call him Cube."

"Strange bedfellows" would be too mild a term to describe the new relationship between the two men.