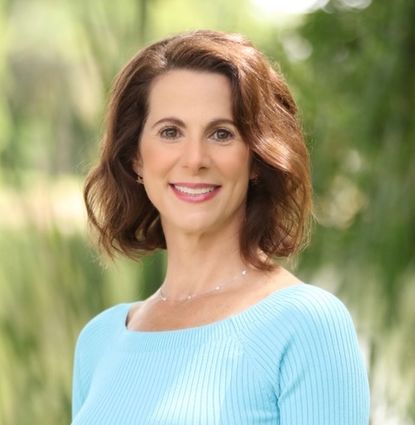 Longwood resident Patricia R. Sigman is a Democratic candidate on the primary ballot for state Senate, District 9. There is one opponent running against her for the seat and she is hopeful voters will turn out for the Aug. 18 primary elections to get her name on the ballot for the elections on Nov. 3.

Sigman is a long-standing member of this community. She and her husband, Phil, have been affiliated with Temple Israel and also Congregation of Reform Judaism.

"Seminole County is our home and our roots here run deep," she told Heritage. "The Sigman family has been here since the early 1960s."

Sigman, a board-certified Labor & Employment lawyer and a civil mediator for 26 years, has seen all aspects of law from the business, community and personal perspective. She is a small business owner (Sigman & Sigman, P.A. in Altamonte Springs), a voter protection leader, community volunteer, and with her husband, Phil, has raised three children - all of whom attended Seminole County Public Schools, as well as the JCC pre-school and JCC summer camps.

Sigman started her legal career at the Orlando law firm of Lowndes, Drosdick, Doster, Kantor & Reed, P.A., and in 1993 opened her law firm, Sigman & Sigman, P.A., which has a "Best Law Firms" in Florida Tier 1 ranking in U.S. News and World Report. Sigman has twice been named Best Lawyers in America's "Lawyer of the Year" for Individuals in Employment Law as published in Orlando Magazine, and she was voted #1 "Best of the Bar" in Orlando Business Journal's first Best of the Bar competition.

Why does Sigman want to run for Florida Senate?

"For over 25 years, I've been fighting for and enforcing civil rights laws for people who've been mistreated because of their age, race, sex or disability; whistleblowers fired just for doing the right thing; people who've been sexually harassed or abused; people whose big employers didn't pay them what was promised after they did the work; people who've been denied their unemployment benefits; and others who need help.

"And through it all, what I've really been doing is standing up for the people. And that's why I'm running for Florida Senate District 9 - because it's time our government put the people first - in the workplace, in the classroom, in the hospital waiting room, in the halls of our capitol and the laws we make there. Because the truth is, if the people are going to move forward, it's up to us - all of us, working together. And I'm ready and honored to stand up by your side and fight that good fight for the people."

"Quality public education is the basic building block to success for the children of Florida and for our businesses that need the workforce of tomorrow. Supporting our public schools also supports our businesses, our families, our economy, and our nation," Sigman states on her website, patriciasigman.com. Having raised three children who were in the Seminole County school system, she knows what the public schools need throughout the state. Sigman was an active volunteer for six years for the Lake Mary High School Band Boosters Association, serving as president from 2014-2016.

"Let's fully fund our public schools, reverse the damage done by the culture of corruption in Tallahassee, and invest in Florida's future," said Sigman on her website.

"Patricia has my endorsement for Senate District 9 because she understands that putting our public schools first is essential to ensuring a brighter future for all Floridians," Betty Castor, former Florida Education Commissioner.

Another area of concern for Sigman is affordable healthcare.

"Healthcare costs are high and they keep rising. We can fix that. And we will," said Sigman. She plans to get healthcare costs under control, bring money and jobs to Florida.

"Access to affordable healthcare should be a right for every Floridian. Patricia Sigman has my endorsement because she will do all that is possible to expand Medicaid and expand access to healthcare for Florida's working families," said Senator Oscar Braynon.

With all the confusion about the corona virus, Sigman took the initiative and invited four local medical doctors to share their knowledge about the virus in a zoom forum hosted by Kristine Morris Kraus, titled "What Are Doctors Telling Their Families and Friends about Covid-19 and School Reopening?"

The forum can be seen on Sigman's Facebook page, https://www.facebook.com/SigmanForSenate.

Sigman is passionate about protecting our unique environment. Her husband grew up on Lake Orienta in Altamonte Springs. Over the years, the lake has gone from a clear lake to a polluted lake then gradually becoming clean again through the regrowth of natural vegetation. She would like to institute smart growth management, and take action on climate change.

"Instead of protecting our environment and clean water, Tallahassee rolled back common sense growth management laws, gave big corporations the green light to pollute, and refused to ban the dangerous practice of fracking in Florida. We must implement solutions to deal with the more powerful hurricanes and the effects of sea level rise due to climate change that are now a part of daily life for many Floridians," Sigman stated.

In her endorsement, Senator Linda Stewart stated, "We need more women in office who will ... work to protect and preserve our environment ...."

When it comes to gun control, Sigman believes in implementing "common sense" solutions such as universal background checks.

"We need to do more to ensure our freedom and the freedom of those we love to go to school and public places without the threat of gun violence," she stated.

Florida's unemployment benefits are the second lowest in the country. Sigman sees that Florida's benefits are too small to put food on a family's table and keep a roof over their heads when a worker gets laid off.

"Both small businesses and workers are united in their distress that the benefits they believed would be there for them during their time of need are not being provided," she said.

"As a fellow small business owner, Patricia knows the challenges that come with making payroll and what it takes to be successful. We need more people with that real world experience in the Florida Senate and I cannot wait to have Patricia on the frontlines as our state recovers from this pandemic," said Senator Annette Taddeo in her endorsement of Sigman.

Even before the pandemic, Floridians who qualified for the benefits and applied for them, ended up waiting an unnecessarily long time - or were denied - their benefits.

"It's time to overhaul Florida's unemployment benefits system so that it serves as the safety net it is supposed to be for our working people and working families. And when small businesses need to lay off workers, they will know their workers will get the benefits they need," Sigman said.

Another concern for Floridians, especially this year, is voter rights. As a volunteer, Sigman has led the Florida Democratic Party's voter protection efforts in Seminole County for 15 years by recruiting, organizing and training other volunteers.

Senator Perry Thurston endorsed Sigman and stated, "The people of Florida deserve free and fair elections that guarantee their voices are heard at the ballot box. I'm endorsing Patricia because her work as a voter protection attorney gives her the unique perspective we need in the Florida Senate as we move into redistricting next year."

In conclusion, Sigman told Heritage, "I've been fighting for the people of Central Florida for decades, and I have the skills, knowledge, education, preparation and passion to serve the people of Senate District 9 and Florida from day 1 in the Florida Senate. I'm ready to win Senate District 9 against Jason Brodeur in November and ready to do an outstanding job as a public servant for this community."

Sigman would like to know what issues matter to Florida voters and wants to hear from you. She has a page on her website, https://patriciasigman.com/priorities-survey, where voters can address their concerns, and welcomes any questions or comments submitted to her via email, patricia@patriciasigman.com.