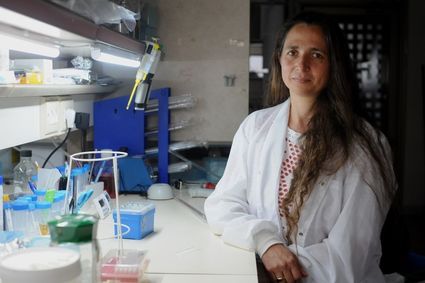 Dr. Naama Geva-Zatorsky of the Technion Integrated Cancer Center in Haifa is among a growing number of cancer researchers studying bacteria that live in the gut microbiome.

REHOVOT, Israel - Despite their reputation, most bacteria are harmless. Many are vital to human life.

Others, however, cause infections that lead to fatal diseases ranging from tuberculosis to bubonic plague.

Add cancer to that list, at least indirectly. According to new research led by Dr. Ravid Straussman of the Weizmann Institute of Science in Rehovot, bacteria living inside cancer cells are likely to have a profound effect on how different types of tumors behave.

"Most bacteria you find in tumors are known to be present in normal people, but there's also a minority of bacteria that were...