Israeli, US defense firms announce plans for US production of Iron Dome 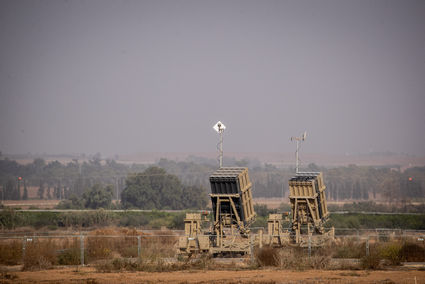 An Iron Dome battery set up near Sderot in southern Israel, near the border with the Gaza Strip, on Nov. 13, 2019.

(JNS) - Raytheon Missiles & Defense and Rafael Advanced Defense Systems Ltd. announced on Monday that they have agreed to establish a joint venture to produce Iron Dome weapon systems in the United States.

Under the name Raytheon Rafael Area Protection Systems, the partnership will produce both the Iron Dome weapon system, which consists of the Tamir interceptor and launcher, and the SkyHunter missile, a U.S. derivative of the Tamir. The two firms expect to agree on a site location by the end of 2020.