'Unorthodox,' 'Schitt's Creek,' 'Maisel' and more: Here are all the notable Jewish Emmy nominations for 2020 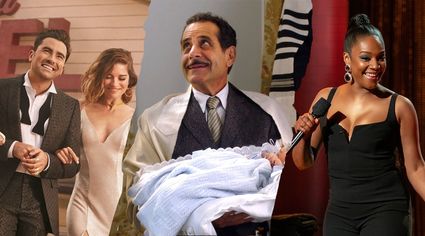 Among the 2020 Emmy Awards nominations were, from left, "Schitt's Creek," "The Marvelous Mrs. Maisel" and "Black Mitzvah."

(JTA) - Though much about the 2020 Emmy Awards ceremony is not yet known, one thing is clear: Jewish TV stars are well positioned to clean up.

Dozens of Jewish actors and creators were on the list when this year's nominations were announced Tuesday. Read through to see who could take home prizes when the awards show airs in September.

One notable show that was shut out: "The Plot Against America," the HBO miniseries that depicts an alternate history in which isolationist Charles Lindbergh wins the 1940 presidential election and encourages anti-Semitic attitudes throughout the United States...