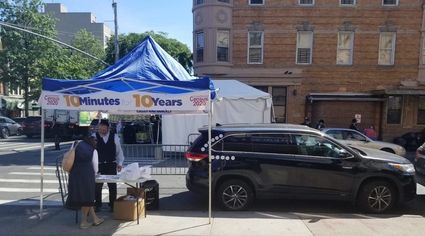 (JTA) - Before the coronavirus pandemic hit New York City, Rabbi Avi Greenstein knew he needed to make a big push to have people in his neighborhood fill out the census.

In Borough Park, where Greenstein serves as executive director of the Boro Park Jewish Community Council, only 49.2 percent of residents filled out the census in 2010, the last year it was conducted, compared to 61.9 percent across New York City. Thus the neighborhood, where many Orthodox Jews live, lost out on federal funding that is allocated based on population.