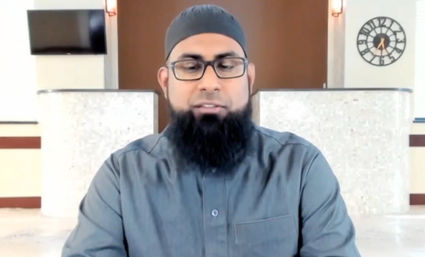 (JNS) - The Democratic National Convention hosted an imam from an Islamic extremist institution on Sunday.

Noman Hussain, imam of ISM Brookfield in Wisconsin, was one of the religious leaders who took part in the convention's "Interfaith Welcome Service."

Hussain is a scholar at the Texas-based Qalam Institute, whose officials have advocated "the use of female sex slaves, the killing of adulterers, and incite hatred against Jews and other non-Muslims," according to the Middle East Forum.

One of the Qalam Institute's courses, "The Prophetic Code," warns Muslims to strive for "cleanlines...