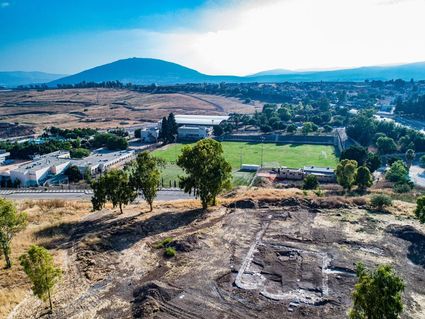 Aerial view of the church remains.

(JNS) - Israeli archaeologists have announced that they have unearthed a 1,300-year-old Byzantine-era church in the Lower Galilee in the village of Kfar Kama near Mount Tabor, which Christians believe is the Mount of Transfiguration where Jesus performed one his miracles.

The excavation was conducted by the Israel Antiquities Authority, in collaboration with the Kinneret Academic College and local volunteers. The head of the Greek Catholic Church in Israel also personally visited the site, which was conducted prior to the construction of a playground, at the initiative of the Kfar Kama loca...