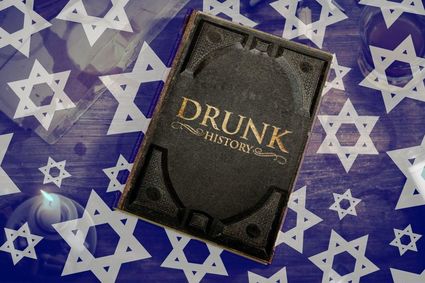 A copy of "Drunk History" on a background of Jewish stars.

Drunk History, the beloved Comedy Central show where comedians get drunk and tell a story from history, was just canceled after six seasons. In honor of the show's fantastic run, we decided to highlight 10 of our favorite Jewish histories to grace the screen.

1. Rachel Bloom on the capture of Adolf Eichmann

What's so great about Rachel Bloom's re-telling in Drunk History is, honestly, everything. A Jewish comedian telling the story of the capture of Eichmann? We can't get enough.