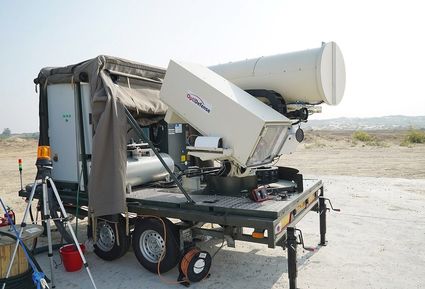 (Israel Hayom via JNS) - In just 10 days, Israel's "Light Blade" laser system, deployed on the Gaza border, downed 150 explosives-laden balloons launched toward Israel from the Hamas-controlled territory, according to Israel's Border Police, which operates the system.

However, Israel's only deployed Light Blade system covers just a small part of the Gaza Strip, and while it's interception rate stands at close to 100 percent, Palestinians in other parts of Gaza continue to launch balloon-borne incendiary and explosive devices over the border fence into the western Negev.