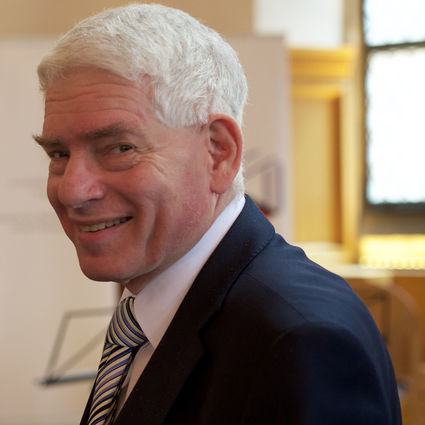 I received the following from the World Jewish Congress and I pass it along to you:

"There is no doubt that we are living through a tumultuous time of profound unrest and uncertainty across the nation and around the world.

We continue to struggle against the consequences of COVID-19 and the resulting fight against new forms and new waves of antisemitism and discrimination of any kind. At the same time, there are glimmers of real hope and progress on the horizon. The WJC continues to lead the way as we work for a brighter, safer future for the Jewish people and all people of goodwill.

Antisemitic hatred has reached shocking new heights in countries including Germany, Austria, and the Czech Republic. Behind the upsetting statistics we are learning about are real-life incidents of violence, harassment, and vandalism that are affecting the daily lives of Jews just because they are Jews. And who knows how many other shocking examples of similar abuse are not being reported around the world?

While we are deeply dismayed at such reports, we are equally gratified by the many nations and leaders who are working with us to take powerful actions to address this crisis.

In the United States, the Never Again Education Act was signed into law. This represents a long-awaited, powerful, and historic investment in Holocaust education. We still do not yet know what the future will bring, but we do know that we must remain resilient and united to care for our communities, to protect the most vulnerable among us, to stand up against those who would vilify any people or nation for the current crisis, and to defeat the ugly new incarnations of anti-Semitic hatred that have sprung up to further threaten us."

The WJC and its affiliate, the Central Council of Jews in Germany, welcomed the German government's much-anticipated decision to designate Hezbollah's political wing as a terrorist organization, thereby banning all of the group's activities throughout the country. Until now, only Hezbollah's military wing has been classified as terrorist, leaving the political wing, as well as public manifestations of its symbols within the legal realm.

The German government announced last year that it intended to broaden the designation to outlaw the organization in its entirety. In praising the decision, vice president of the Central Council of Jews in Germany, Dr. JOSEF SCHUSTER, called on German authorities to continue to take strong actions against the organization, which is 'motivated by deep hatred of Jews.'

The decision is already having significant effects across Germany. Shortly following the Hezbollah ban, police raided several sites of groups connected with Hezbollah to ensure that evidence of their relationship was not destroyed.

Subsequent to the decision, the annual al-Quds Day rally, in which demonstrators march through the streets waving Hezbollah flags, was canceled. The rally, which was attended by 1,000 neo-Nazis and Hezbollah operatives, calls for the destruction of Israel."

What a talented people Jews are ...

I know I've expressed this before, but every time I turn around it seems, I learn more.

Born in Dover, New Hampshire, and raised in New York City, where he attended the Juilliard School of Music, he has worked professionally in the field of popular music, theater and the classical arts, serving as composer, lyricist, author, arranger, conductor, stage director, actor, piano soloist, vocalist, lecturer, teacher and performer on both sides of the Atlantic. He is a member of Broadcast Music, Inc. and the Dramatists Guild in New York City.

Affiliated with Disney many times, Terry just wrote a sequel to "Snow White"! I believe it's about Snow White's daughter, "Rose Red." He's also written new songs for the musical. I believe one is titled "Love's First Kiss." Through the years he has written many, many songs and he also sings beautifully! Want to hear him sing two of his newest songs? No problem! Go to Terry Hammond entertainment.YouTube.

And while you're there, he does a fantastic job singing "Mamala." (It made me cry thinking of my darling departed mom, Sally, and Terry's mom, my wonderful Aunt Irene. Yes, I come from a musical family!)

I'm referring to Amy Winehouse, a lovely Jewish girl who was born and raised in London and grew up to be a superstar in the world of music.

Of course, I knew of her but never knew her story until recently when the movie "Amy" came out about her life, played on Showtime television.

Unfortunately, with all her promise as a great jazz vocalist, she died in her 20s of bulimia and alcohol poisoning. How sad.

(If it plays again, I strongly recommend you tune in.)

My name is BETH ROSE and I am thrilled to fill the director of Outreach & Engagement role at The Jewish Federation of Greater Orlando. My family and I (2 kids, 2 dogs, 1 husband) recently moved back to Central Florida after living in Chicago since 2012. I am lucky to have worked in a similar capacity on the PJ Library Chicago team and felt that this role at the Federation was b'sheret (meant to be) for me.

(How lucky we are here in Central Florida to have such a lovely gal at our Federation!)

I know I've used this joke before but it always strikes me that people find it funny so I thought I would use it again:

Saul Epstein was taking an oral exam, applying for his citizenship papers. He was asked to spell "cultivate" and he spelled it correctly!

He was then asked to use the word in a sentence, and, with a big smile, he responded:

"Last vinter on a very cold day, I vas vaiting for a bus, but it was too cultivate, so I took the subvay home." 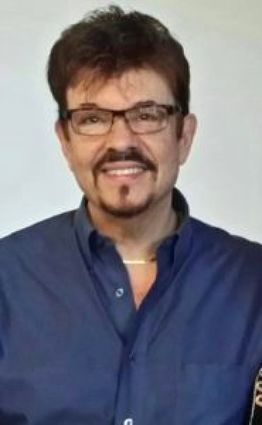