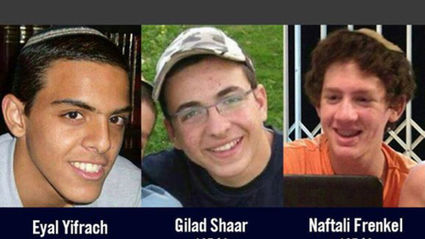 (Israel Hayom via JNS) - The families of three Israeli teenage boys who were abducted and murdered by Hamas terrorists in Judea and Samaria in June 2014 - sparking "Operation Protective Edge" later that summer - filed a lawsuit against the terrorist group on Sunday morning, seeking NIS 520 million ($155 million) in damages.

According to the families of Naftali Frenkel, Gilad Shaar and Eyal Yifrach, who are represented by attorneys Nitsana Darshan-Leitner, Avi Segal and Avi Gaz from the Shurat HaDin-Israel Law Center, the purpose of the lawsuit is to stop the Palestinian Authority, which con...