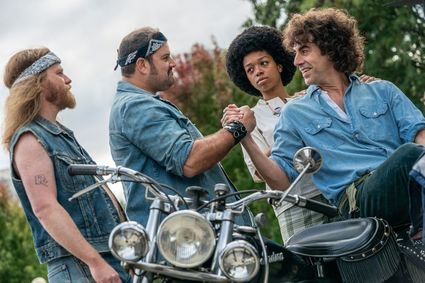 Sasha Baron Cohen as Abbie Hoffman in "The Trial of the Chicago 7."

(JTA) - The timing couldn't be more prescient for Aaron Sorkin's newest film, "The Trial of the Chicago 7."

The movie by the Jewish "West Wing" creator, which is coming to Netflix on Oct. 16, is about the Jewish anti-war activist Abbie Hoffman, who was tried along with six others for conspiracy and inciting to riot for their role in the 1968 protests at the Democratic National Convention.

Hoffman is played by none other than the Jewish actor Sacha Baron Cohen. It's his second super-Jewish dramatic role for the streaming service after playing the Israeli spy Eli Cohen in the 2018 miniseries...