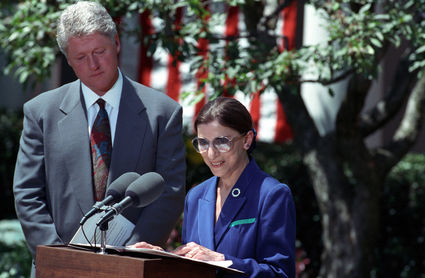 (JNS) - Ruth Bader Ginsburg, the first Jewish woman to serve on the U.S. Supreme Court, died on Sept. 18 at the age of 87 at her home in Washington, D.C.

Ginsburg, a heralded liberal judicial, feminist and Jewish icon who was the second woman to serve on the nation's highest court, died from "complications of metastatic pancreas cancer," according to a statement from the Supreme Court shortly after her death.

Her passing came on the eve of Rosh Hashanah, the Jewish New Year 5781, and just six weeks before the Nov. 3 election.

Ginsburg had been hospitalized multiple times this year. On...