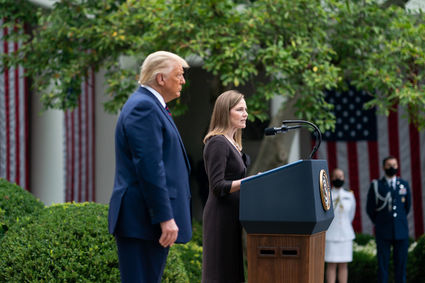 Amy Coney Barrett delivers remarks after U.S. President Donald Trump announced her as his nominee for Associate Justice of the Supreme Court of the United States in the Rose Garden of the White House on Sept. 26, 2020.

Ginsburg, a heralded liberal judicial, feminist and Jewish icon who was the second woman to serve on the nation's highest court, died on Sept. 18 at the age of 87 from "complications of metastatic pancreas cancer," according to a statement from the Supreme Court shortly after her death.