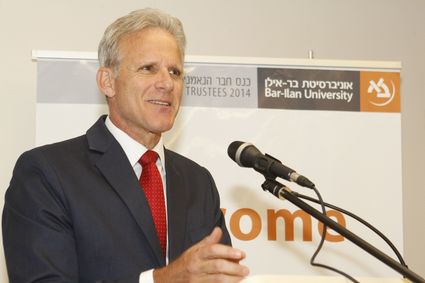 Michael Oren speaks at Bar-Ilan University in Israel in 2014.

(JTA) - You may know Michael Oren as a cable news commentator on Israel and the Middle East.

You may know him as the Israeli ambassador to the United States during Barack Obama's first term, when he had the fraught task of managing a rocky American-Israeli relationship, or later as a member of Israel's Knesset. Perhaps you're acquainted with Oren as the author of three bestselling history books.

What you may not have known is that he also writes fiction. At least I didn't. I've interviewed Oren several times and read his nonfiction, and I had no idea that the American-born Israeli author an...