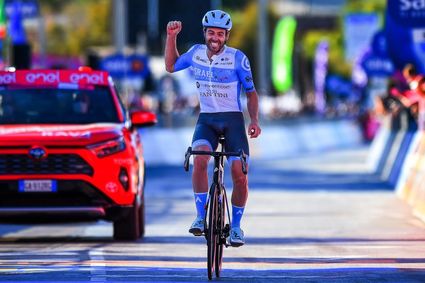 (Tel Aviv) - The Israel Start-Up Nation cycling team made history, recording its first ever stage victory in a Grand Tour race, just five years after the team's establishment. Alex Dowsett finished first on Stage 8 of the Giro d'Italia. The Giro is one of professional cycling's three prestigious Grand Tour races, alongside the Tour de France and the Vuelta a Espana.

Dowsett was part of a breakaway group of six riders, alongside ISN team-mate Matthias Brändle, during the 200km stage from Giovinazzo to Vieste. Both ISN riders fell back during one of the climbs, but returned to rejoin the...