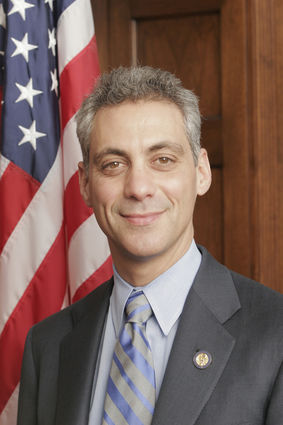 Some upsetting news from Canada ...

I read this in the current issue of the World Jewish Congress digest and pass it along to you:

An anti-Israel protest took place at Celebration Square in Mississauga, Ontario in which protesters chanted 'the Jews are our dogs' in Arabic. Additionally, a local food store in Toronto recently stated 'Zionists not welcome'on its Instagram account, including posts about control of the media and economy, interfering with democracy, and comparisons with Nazis, substituting the word Jew with Zionist.

Zionism is the national liberation movement of the Jewish people, seeking emancipation from oppression in their ancestral homeland, Israel. Though political opinions and perspectives diverge, the overwhelming majority of Jewish Canadians are Zionists, that is, they believe in the fundamental right of Jewish people to self-determination.

BARBARA BANK, chair of CIJA Toronto, added: "Enough is enough. It is outrageous that in 2020 people feel comfortable using dehumanizing and exclusionary language targeting the Jewish community. The days of signs stating 'No Dogs and No Jews' at establishments in the Greater Toronto Area should be firmly behind us. She continued: "There is a lot of room for legitimate discussion about the State of Israel and the politics of the Middle East, but our community will not accept the use of Israel as a pretense to call Jews dogs. This is not just offensive. Hate directed at Jews and other communities has a toxic impact on our city, province and country. Hatred that starts with words all too often ends in violence. She concluded: "Taking a stand against one form of hate can help advance the fight against all its ugly forms. To that end, it is time for Ontario lawmakers to finalize the adoption of the International Holocaust Remembrance Alliance definition of anti-Semitism."

(My roots are Canadian. My mom was born in Montreal, Canada, and I believe we still have many family members there. I am disturbed by this news.)

Join us for Orlando's 4th Men's Night Out, this year renamed Men's Night In. All proceeds will benefit each individual synagogue youth activities. These activities include scholarships to summer camps, books, school supplies and trips to Israel.

The fun begins with an opportunity to see friends and associates via Zoom at 7 p.m. at a group "cocktail party." Dessert will be delivered before the event to your house.

This event all happens on Thursday, Nov. 5th, by the way and will feature comedian TOM COTTER. Tom has appeared on America's Got Talent, season 7 as a finalist, Season 8 Snapple Viewing Party and the 2019 AGT Champions Edition. He has also appeared on The Tonight Show, Last Comic Standing, his very own Comedy Central Special, The Howard Stern Show and has had multiple appearances on the Late Late Show

RSVP a must! The cost is $36 per household, which includes dessert and wine. (Larger donations would be appreciated.)

On Friday, Oct. 30th, send your child to the JCC for a day full of fun! They will be playing games, doing sports, swimming, arts & crafts, and much more. A pizza lunch for your child will be provided.

Social distancing will occur throughout the duration of the day. With groups that abide by best practices as established by the CDC. Children will be required to wear masks at all times, like our staff, unless they are eating or drinking. Drop off as early as 7:30 a.m. pick up as late as 6 p.m.

While watching television morning, noon and night during this pandemic (ugh), I saw an old friend I knew from my many Chicago visits in the past. (One of my sons lives in the Chicago area.)

Mrs. Rothstein telephoned the president of Neiman Marcus at 4 a.m. and said, "I just want to tell you how much I like the hat I bought."

"That's very nice, madam," said the department store executive, "but why did you wake me up at 4 in the morning just to tell me that?"

"Because," said Mrs. Rothstein, "they just delivered it!"