Get comfy, cozy on your couch and watch the CFJFF movies 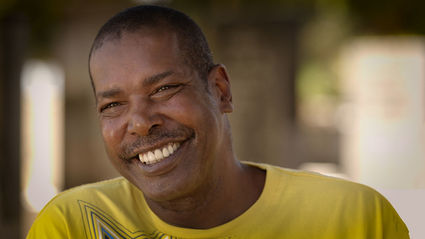 This is the 22nd annual Central Florida Jewish Film Festival and it has two "firsts." It's the first time there are two film shorts to enjoy, making a total of eight films; and the first film fest that can be enjoyed from the viewer's own living room. Because of circumstances beyond everyone's control, the film festival is virtual this year. Even though theater goers can't enjoy the ambiance of the Enzian and its wonderful food and drinks, the up side is that films can be viewed at the viewer's own convenience. Binge watch all of the films or select individual films to watch whenever from Nov. 14, beginning at 7 p.m. until Nov. 16 at 11:59 p.m. The Festival pass for all the films is $60 (which means access to all the films until 11:59 on Nov. 16) or buy individual programs for $12 each. If you purchase access to film programs individually, you'll have 24 hours to start watching. Once you begin, you'll have 24 hours to finish (so you can pause and take a break!).  The films can be viewed on mobile devices, tablets, computers, or on the Eventive App for Roku and Apple TV. Individual access "tickets" to each film are limited to 100, pre-purchase.

The festival is produced by Enzian Theater as part of the Cultural Festival Circuit and is co-presented by Enzian and the Roth JCC of Greater Orlando.

Now on to the reviews!

The first film this reviewer watched was "Aulcie," and what a great way to start! It was the opening night film of the New York Jewish Film Festival and also Audience Award winner of the San Diego International Film Festival and it's understandable why. It is a heart-warming documentary of the life of Aulcie Perry, a basketball player from Harlem who was picked and then cut from the Knicks NBA team. He was then signed to the Maccabi team in Tel Aviv in 1976, and went on to lead the team to their first European Championship (they won two with Aulcie). He loved Israel, converted to Judaism and became an Israeli citizen. Parallel to his successful basketball career was his drive to find his daughter.

Ok, this film was nominated for 13 Israeli Oscars and winner of Best Actress, Best Cinematography, and the Nora Ephron Award for Director at Tribeca 2020, but I can only agree on the Best Actress win. Maybe I couldn't relate to this film because I have had a wonderful relationship with my daughter, who is not dying from a degenerative disease. Shira Haas ("Unorthodox") plays the 17-year-old daughter perfectly as we slowly watch her body fold up on her. However, the mother-daughter relationship is so dysfunctional that I just wanted to shake both of them! Perhaps that is what makes this movie a winner - it stirs up your emotions.

Yum. If you love to cook, you will relish this film. It's more than about food though. It's about cultures and heritages, specifically Jewish and Arab, coming together through meals that have been passed down from generations and different regions.

"Food may not be the answer to world peace, but it's a start," said Dr. Nof Atamna-Ismaeel, founder of the A-Sham Festival, which was designed to bring together Jewish and Arab chefs through food.

Set in beautiful Haifa, 70 chefs from 35 restaurants are paired together - Jew and Arab - to create new versions of old family recipes.

The entrance to the 3-day festival has a sign that says it all: "If you are racist, sexist, homophobic or an asshole, don't come in."

After viewing this culinary dream of a film, it is obvious that there is no room for politics in the kitchen, and as Atamna-Ismaeel said, "They should have [chosen] chefs to make peace in the world."

"We're just children. Nothing's our fault," said little Gerda as she and her reluctant brother, Otto, helped two Jewish children, Daniel and Sarah, escape to Sweden. Otto had blamed Daniel and Sarah for getting them into this mess. He was confused. Who was telling the truth? His parents who were arrested under suspicion of hiding Jewish children? Or the Nazis who claimed all the troubles of the world were the fault of the Jews? This thriller will have you on the edge of the snow-covered forest with the children as they run for the safety of neutral Sweden.

Talk about laugh-out-loud funny! The one-liners and some of the scenes just catch you off guard as you watch this young Orthodox woman, sitting down to Shabbos dinner with her family and fiancé, suddenly realize she needs a Shabbos goy to turn off an electric gadget that accidently turned on. Yes, it is on the edge of corny comedy, but who cares? It was hilarious. Pay attention to what the mother says at the end, it's the best!

I don't like crying babies. You rock them, hold them, soothe them, and still they cry. It is unsettling background "music" that creates tension. The director did an excellent job weaving the crying throughout as the main character, Danielle, juggles and lies her way through all the mingling. I was tense right along with her as I watched her try to appease everyone - from her over-adoring parents to an ex-girlfriend to her married lover with his Shiksa wife in tow, along with their baby. Who brings a baby to a Shiva anyway?

"Resemblance," USA, 15 minutes, directed by Kevin J. O'Neill. This film short is privileged to precede "Those Who Remained."

This film takes the cake on awards and in only one year since completion, has traveled the world's film festivals, finally arriving back home to Central Florida. What at first appears to be a dark film with the ghost of a Nazi grandfather - not to mention the superb lighting effects - the story begins to unfold as we see a compassionate, talented man give joy to the residents of a memory-care facility where he works. This film definitely has that "wow" factor.

"Those Who Remain," Hungary, 83 minute. Directed by Barnabas Toth. In Hungarian with English subtitles.

We all learn about the Holocaust and the atrocities against the Jews during the war. But what about after the war? What about all those people picking up the pieces of their lives? If they survived the camps, many searched without answers as to where their families were, and they returned to find someone else living in their homes. Can you even imagine?

That's just the surface of their survival. Many countries in eastern Europe fell into the hands of socialism and communism - out of the pit into the fire, so to speak. This is the story of two struggles: A precocious teenager finds a father's comfort and love from a 42-year-old man, who in turn, learns to love again; and the fight against the communism breathing down their necks. This film is an eye-opener. 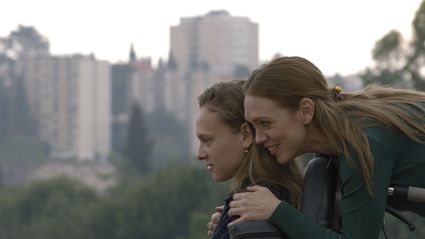 And there you have it! Another year of fabulous Jewish films to open your eyes and stir your heart.