In Hungary, the left and the far right have united to defeat Viktor Orban 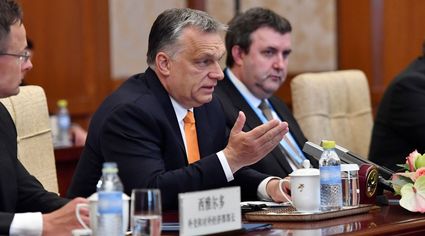 (JTA) - Hungarian Prime Minister Viktor Orban, one of Europe's most prominent nationalist and anti-immigrant leaders, has often faced accusations that he is too soft on far-right anti-Semitism.

But now, in an unusual reversal, Orban is trying to level that same accusation at the country's largest Jewish group, Mazsihisz.

Orban recently criticized Mazsihisz, a nonpartisan federation of Jewish communities and groups, for not speaking out loudly enough against the candidacy of Laszlo Biro, a member of the far-right Jobbik party who has a history of making anti-Semitic statements.