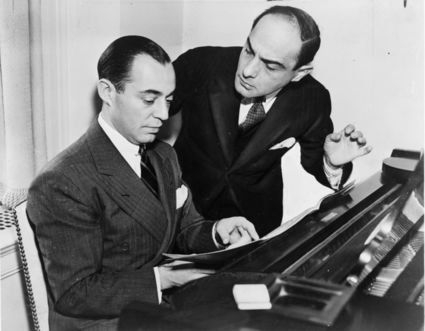 What great talent our people have. I just watched the old movie "Billy Rose's Dumbo" on TV. It made me smile and feel good after so much staying at home for the past many months. I knew Billy Rose was Jewish but the movie featured many beautiful songs, some of them by two of our most talented songwriters, Richard Rodgers and Lorenz Hart, both Jewish, of course!

And on the same subject ...

I watch a lot of television now that I'm stuck in the house, (mostly Dr. Phil).

But I did watch the "Kelly Clarkson Show" the other day and her famous guest was Neta-Lee Hershlag. Neta-Lee is Jewish and born in Israel. (She has duel citizenship with the U.S. and Israel.) She attended Harvard University and earned a bachelor's degree in psychology and she just wrote a children's book titled "Natalie Portman's Fables."

And, of course I sang "Blue Moon, you saw me standing alone, without a dream in my heart, without a love of my own."

(You guessed it! "Blue Moon" was also written by Richard Rodger's & "Lorenz Hart. SUCH TALENT!)

I read this in the latest issue of the Simon Wiesenthal Center magazine, "In Motion" and pass it along:

"Following the explosion of online anti-Semitism and hate, Facebook was urged by the SWC and 128 other groups to put measures into place by adopting the International Holocaust Remembrance Alliance's working definition of anti-Semitism. The SWC has been in touch with Facebook officials who have also reached out directly to the SWC and others.

The SWC did welcome the move by Facebook to ban anti-Semitic, extreme-left French comedian, DIEUDONNE M'BALA M'BALA, nicknamed the "French Louis Farrakhan." Dr. SHIMON SAMUELS, the Center's International Relations Director, continues to press the French Judicial System to enforce justice against him after his conviction in over 20 cases for defamation, hate speech and endorsing terrorism.

In solidarity with British Jewry, the SWC joined celebrities, politicians and others for a 48-hour "walkout" from Twitter to protest a series of anti-Semitic tweets from rapper WILEY who posted messages describing Jews as "cowards and snakes" and comparing Jews with the Klu Klux Klan.

The Center continues to press Twitter to shut the account of Iranian Supreme Leader AYATOLLAH KHAMEINI for his genocidal threats against Israel, the United States and Jews which could be construed as endorsing terrorism and murder by default." (Posted is a photo of Simon Wiesenthal and actress Elizabeth Taylor. She converted to Judaism.)

The Women's Division Fall Event For Lion's of Judah, Pomegranate and Hamsa Societies presents "In Our Hands" on Sunday, Nov. 15 at 4 p.m. They will be joined by JEANNIE OPDYKE SMITH.

Jeannie tells the amazing story of her mother, Irene Opdyke, a brave and very inspiring woman who received international recognition for her life saving actions during the Holocaust while working for a high ranking German official.

Irene was named one of the Righteous Among the Nations, a title given by the Israeli Holocaust Commission to those who risked their lives by aiding and saving Jews during the Holocaust.

Jeannie has spoken at Federations around the country telling her mother's inspiring story of how one woman can truly make an impact on the world.

Each registrant will receive a free copy of the book "In My Hands: Memories of a Holocaust Rescuer" by Irene Opdyke

Registration for the event is free.

A message from KEITH DVORCHIK ...

"During the first Week of Love, we celebrated all the wonderful people and programs that make our JCC what it is. As part of the celebration, we highlighted our great appreciation for our teachers and staff for their resiliency during the Covid-19 pandemic. The testimonials and messages on social media showed us that our community loves the JCC and its dedicated staff as much as we do. We are fortunate and grateful to have them as part our family. 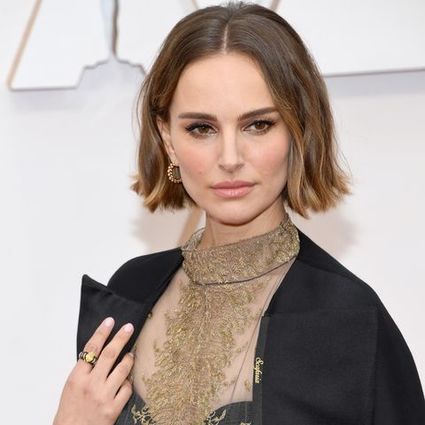 Thank you to everyone who generously supported the JCC this week. We have amazing programs and it's exciting to see what's to come with the tennis center and the natural playground. We have several naming opportunities still available for both of those new projects."

(Thank you, Keith for being you!)

I am living in Central Florida more than 55 years (from Brooklyn) and I have eaten at many, many, many, many restaurants (I hate to cook) but there is only one waitress that stands out above the rest! Her kindness, service and manor is superb! Most servers were great, don't get me wrong, but CHELSEA HOLLISTER, of Perkins Restaurant on University Blvd, Winter Park, tops them all!

(If I live long enough to open my own restaurant someday, I'm gonna steal Chelsea!)

Sholom Aleichem: "God, I know we are the chosen people, but couldn't you choose somebody else for a change?"