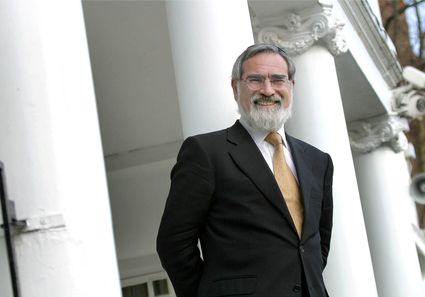 Jonathan Sacks seen as the chief rabbi of the United Kingdom, circa 2000.

(JTA) - Rabbi Jonathan Sacks, the former chief rabbi of the United Kingdom whose extensive writings and frequent media appearances commanded a global following among Jews and non-Jews alike, has died.

Sacks died Saturday morning at age 72, his Twitter account announced. He was in the midst of a third bout of cancer, which he had announced in October.

Sacks was among the world's leading exponents of Orthodox Judaism for a global audience. In his 22 years as chief rabbi, he emerged as the most visible Jewish leader in the United Kingdom and one of the European continent's leading Jewish voice...