To fight radical Islam, France is limiting religious freedoms - with the blessing of its Jewish minority 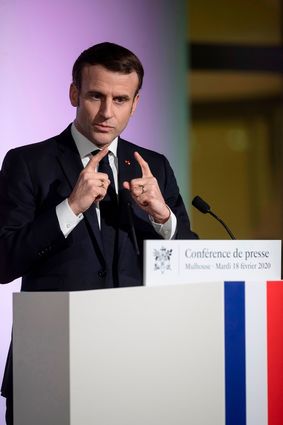 (JTA) - As the French government rolls out a controversial plan that amounts to its most robust crackdown on religious activity in decades, it is enjoying broad support from at least one of the country's faith communities: French Jews.

Jewish community leaders have applauded President Emmanuel Macron's effort to counter what he calls "Islamist separatism" with a plan that would require children to attend state-recognized schools from the age of three, effectively barring the practice of Muslim home-schooling, and mandate an oath of allegiance to the state from religious associations.