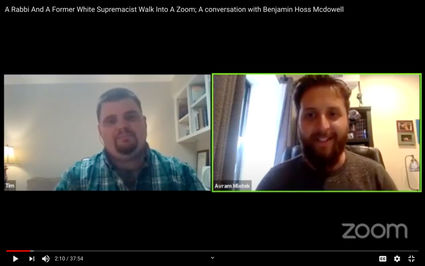 (JTA) - Before I met him, I saw Benjamin McDowell's name in the news. Inspired by Dylann Roof, the notorious shooter responsible for the Charleston church massacre, he planned an attack on a synagogue that was thwarted by FBI agents.

No lives were lost. No lasting physical harm was done, though the synagogue members certainly felt threatened and terrified. I read the news item online and, though I didn't yet know the word, doomscrolled onward.

I probably wouldn't have thought much about McDowell again had I not seen a video of him in my Facebook feed three years later. Rabba Karpov, the rab...