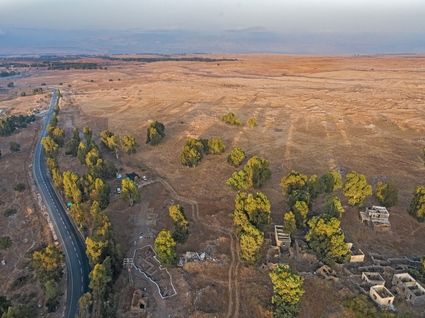 The Israel Antiquities Authority excavations at Nafah in the central Golan Heights.

When the inscription was deciphered, by Danny Syon of the IAA and Professor Haim Ben-David of the Kinneret Academic College, it aroused great excitement, as the location bears the same name today, despite a lack of settlement continuity at the site. Nafah was the name of the Syrian village that existed at the location until the Six-Day War in 1967 and is no...