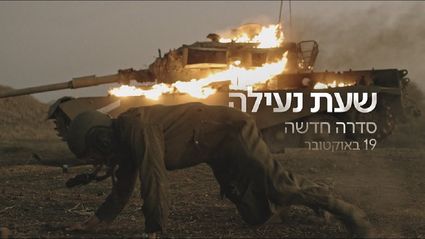 (Israel Hayom via JNS) - "Valley of Tears," a 10-part Israeli TV series on the Yom Kippur War has generated renewed interest in the 1973 national trauma. HBO Max acquired world rights for the series, which focuses on the stories of four soldiers, was created by the Israel network Kan, and began airing on Oct. 19.

Despite the buzz, some viewers have lamented that the show, titled "Sha'at Ne'ila" in Hebrew, all but ignores the role of women during the war.

One such woman was Niva Shaul, who was among the 2,673 Israeli troops killed during the fighting.

Shaul was born in Mishmar Hanegev, a kibbutz in southern Israel that her parents helped found. "She was a quiet girl that always got her way, but did so quietly," her mother said after the war in a special memorial film. "She loved to dance and sing, her friends loved her and she knew how to listen and dispense advice," her mother continued.

In 1968, Shaul started serving in the Israel Defense Forces as a stenographer. During her service, she also met her partner, Benny, who was an aircraft maintenance technician, and following her discharge, they moved to central Israel. She would later start working at a travel agency that catered to tourists in Israel. "They were looking to move into a new apartment, but then the war broke out," her mother said.

During the war, she was called into reserve duty because she had the much-needed telecommunications training. On the third day of the war, she joined a convoy that went toward the southern front in the Sinai. After arriving at the main IDF headquarters in Refidim, the convoy was attacked by a squadron of Egyptian MiGs

"She told me they were about to get married and fixed me a chocolate sandwich, and then the bombing began," recalled Yair Yam, who served on the battalion she was embedded with during the war. She was laid to rest in her kibbutz, leaving behind two parents and two sisters. She was posthumously promoted.