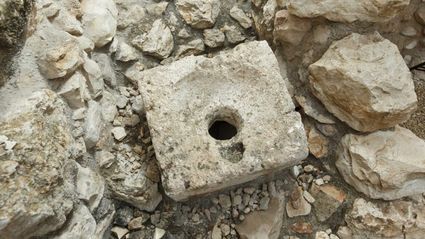 An Iron Age toilet stone uncovered in the City of David in Jerusalem looks remarkably similar to modern-day loos.

(ISRAEL21c) - Thursday, Nov. 19, was World Toilet Day, established by the United Nations to raise awareness of sanitation challenges across the globe.

To mark the special event, we looked at the sanitary situation in the Land of Israel these past couple of millennia and learned more about the best ancient toilets uncovered by archaeologists. What can we say - it certainly left us feeling flushed.

Magnificent remains of toilets were found in the archaeological site of Ir David (City of David) in Jerusalem, and apparently it's no coincidence.