COVID-19 developer hopes the US stays a melting pot 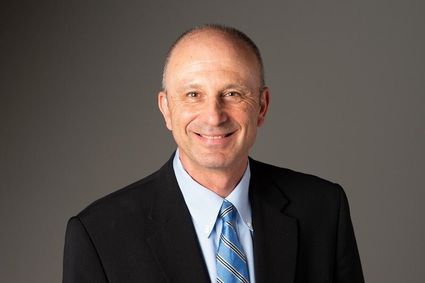 Mikael Dolsten, Pfizer's chief scientist, is a Jew from Sweden.

(JTA) - When Mikael Dolsten, the head scientist at Pfizer, heard the news last week that the COVID-19 vaccine that he has been helping to develop for the better part of a year was over 90 percent effective, he and his colleagues literally leapt with joy at a corporate office in Connecticut.

"This may turn out to be one of the biggest medical advances of the past 100 years," Dolsten said by Zoom from his home office last week, the emotion clear in his voice and on his face.

He was pointing to not only the historic need to medically combat a virus that's again ravaging the world - particularly the United States, which is setting case records by the week - but also the fact that the Pfizer product is part of a groundbreaking new type of vaccines made quickly from synthetic versions of the virus' genetic material.

But when Dolsten took time to reflect on the development, he also saw it as a proud moment for Jewish immigrants like himself who have contributed to American scientific innovation.

"A lot of the great breakthroughs in America have come from people that immigrated," he said, pointing out the example of Albert Einstein and others. "There has been a strong Jewish tradition around contributing to humanity and a strong tradition within medicine."

Dolsten, who moved to the New York area from Sweden in 2004, is far from the only Jewish immigrant in his field. In fact, Pfizer CEO Albert Bourla is a Jew from Thessaloniki, Greece. The chief medical officer for Moderna, a competing drugmaker that announced Monday that its COVID-19 vaccine was nearly 95 percent effective, is an Israeli immigrant named Tal Zaks.

The German biotech company that Pfizer teamed up with to create the vaccine, BioNTech, was founded and is still led by Turkish immigrants Ugur Şahin and Ozlem Tureci. Sahin told The New York Times that he and Bourla bonded over "their shared backgrounds as scientists and immigrants."

The new Pfizer COVID-19 vaccine, like the Moderna one announced Monday, is made from mRNA, a relatively new technology that Dolsten says will allow companies to combat pandemics in the future with greater speed and effectiveness. The vaccine success rates so far have impressed Anthony Fauci, the country's top infectious disease expert, who has said he was hoping for a 75 percent success rate.

The scientist responsible for the pioneering breakthroughs that allowed for the development of an mRNA vaccine is Jewish University of Pennsylvania professor Drew Weissman, who once worked under Fauci at the National Institutes of Health.

Dolsten is wary of taking that kind of multiculturalism for granted. He says he grew up in a very different era, post-World War II, when opportunity and security was guaranteed to all in Sweden and the U.S. was a beacon to immigrants looking to make world-changing innovations. Both countries now face political and social tensions that threaten those traditions.

"I do hope we can heal as a nation and again be a shining sun, and bring people together rather than move back from the world," he said. "I do hear a lot from Europeans who miss seeing the U.S. as the image of the future, and now see the U.S. as isolated."

Dolsten took a winding path to end up as a leader in pharmaceutical development. Born in 1958, he grew up in the small Halmstad Municipality on Sweden's western coast, the son of a Jewish father with prewar roots in the country and a Jewish mother who escaped to from Austria in the early days of World War II - a "mix," he said, of second-generation Swedish heritage and direct trauma from the Holocaust.

His home wasn't very religiously observant, but he visited Israel several times growing up, something that helped inspire him to spend nearly a year of his doctoral studies at the renowned Weizmann Institute just south of Tel Aviv. He trained as a physician and began his career on the medical faculty at the University of Lund, but his experience in Israel learning about cutting-edge immunology helped inspire his turn to pharmaceutical science.

He went on to work for Sweden's two largest drug companies at the time - Pharmacia, where he was asked to build a new institute to develop medicines, and then Astra AB (which would later become part of the British company AstraZeneca, which is in the process of developing its own COVID-19 vaccine). He developed a top reputation in the industry and was approached by Boehringer Ingelheim, the world's largest private pharmaceutical company, to run global research. He worked at their Frankfurt headquarters for a short period, then agreed to work for them in the U.S. His wife, also Jewish and also a physician, was enthusiastic about the idea.

"She was keen to experience a bit of the American melting pot, particularly the New York area," he said.

Dolsten eventually led research and development at Wyeth, an American company known for manufacturing ubiquitous drugs such as Advil. Wyeth was bought by Pfizer in 2009 and Dolsten stayed on, working on research and development Pfizer's biological divisions, then for the entire company. Today, he occasionally gets time to "roll up the sleeves" on research projects, but more often oversees other scientists and takes the "wide angle perspective" to help form the company's goals.

"I take part and discuss what the big problems we are addressing in cancer, in genetic disease, inflammation, vaccines, and in diseases like diabetes and obesity, and make sure we crisply focus on a few things that translate into medical breakthroughs," he said.

Growing up in Sweden, Dolsten said he benefited from the country's large social safety net, which included universal health care and free education and an overarching sense of solidarity, or "caring about your neighbors." But he said he was always conscious of Sweden's sense of cultural homogeneity. His accent was perfect because he was born there, but he recalled that others who didn't speak Swedish perfectly were looked at differently.

Dolsten said he never personally felt any explicit anti-Semitism, but that has become an issue in Sweden in recent years, along with several other European countries, amid an influx of largely Middle Eastern refugees and a surge of far-right nationalism. He said he sees how his three children - one of them former JTA reporter Josefin Dolsten - could have had a very different experience from him growing up in Sweden.

So Dolsten looked forward to his move to the U.S., which he also saw as the world's scientific and entrepreneurial "frontier."

"I do think there is something historically unique in New York and some other places where the melting pot has led to this tremendous success," he said. "Like the success of biotech and pharma ... so many of the big discoveries have come from here, from this diversity of people coming here all feeling a chance to contribute."

He and his family live in Westchester County, north of Manhattan, where his Swedish accent gets noticed - but not in the way he ever expected.