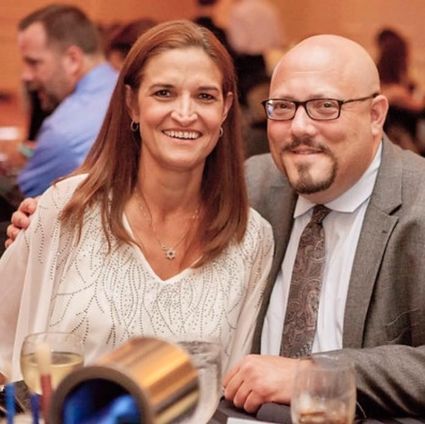 ZOA Florida is very excited to announce that two of its board members - Dr. Dan and Staci Layish and Dr. Craig Deligdish and Gila Bronner of Melbourne - will be recognized as 'Zionists in the Spotlight' honorees at the upcoming ZOA Virtual Superstar Gala on Sunday, Dec. 27, at 7 p.m. The Virtual Superstar Gala will feature an outstanding line-up, including, Rapper/Actor Ice Cube, Ambassador David Friedman, Israel's new Ambassador to the U.S. and UN Gilad Erdan, Philanthropist Dr. Miriam Adelson, Actor Jon Voight, Dr. Kiron Skinner, former director of policy planning at the State Department and current fellow at the Hoover Institution at Stanford University, Investor and Media Entrepreneur Dr. Bruno Wu, and more.

Both honorees have been committed to Jewish and Zionist causes their entire lives. As ZOA was re-establishing its office in Florida after more than 35 years, Dr. Deligdish became the founding board member of ZOA Florida.

"It is a tremendous source of pride to have been the first ZOA Florida board member in the newly re-established region," Dr. Deligdish said of his role. "To see and be part of its impressive growth in such a short period of time, ZOA Florida is truly a success story. And the true honor is ours to continue to be a part of it."

Likewise, at the beginning of 2018, as the popular Orlando-based pro-Israel group, 'Zionistas' was looking to ZOA as a gateway to national Zionist involvement for its supporters and a new lay leader to cultivate this development, Dr. Layish was highly recommended for the role. He said of the former president of 'Zionistas' and his lay leadership with ZOA, "I have been honored to carry the torch started by Sandi Solomon and the 'Zionistas' group to grow the ZOA presence in Orlando. I'm proud of what my wife, Staci, and I have achieved to help expand ZOA's crucial work and voice. We hope that being recognized as 'Zionists in the Spotlight' will inspire others to get involved and support ZOA."

ZOA Florida Executive Director Sharona Whisler stated, "for two of our instrumental board members to be featured as 'Zionists in the Spotlight' honorees on ZOA's national stage, which is a proud first, is well-deserved recognition for both of these honorees and a tribute to ZOA Florida's incredibly dedicated board and accomplishments."

ZOA Florida has achieved substantial credibility and recognition in the few years that its presence has been established; developing a committed advisory board, greatly expanding support for ZOA throughout the state; putting on well attended events (in person before the pandemic and virtual during the pandemic), exclusive briefings with elected officials, expert panels combatting antisemitism, and film screenings; bringing a larger Florida representation to lobby at ZOA's Capitol Hill Mission every year; launching and operating a high school fellowship before the pandemic; attracting hundreds to its Heroes for Israel galas, including Governor Ron DeSantis who was honored at last year's event and attends every year, along with several other elected officials; successfully leading many local initiatives in fighting against BDS and anti-Semitism, most recently, alerting the community to voice its opposition to the reinstatement of a Palm Beach County public high school principal who denied the Holocaust, successfully resulting in the school board's unanimous vote to fire him. 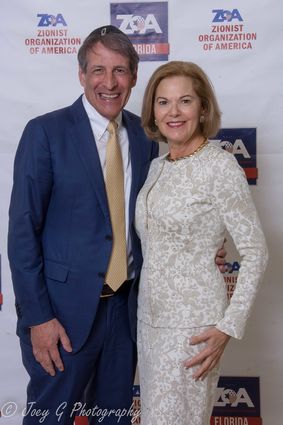 ZOA is the only major American Zionist organization to speak with consistent clarity about the ongoing threats facing Israel and Jewish students on college campuses and now ZOA's voice is needed now more than ever. The Virtual Superstar Gala is an opportunity to showcase ZOA's recent accomplishments in its range of important work; an expanding and robust campus department with ZOA coordinators reaching students across the country and inspiring and educating them about Israel and how to fight against the ever-present anti-Zionism on campus; a tireless government relations department, lobbying on Capitol Hill for the future prosperity of the Jewish people and all of Israel, including our biblical heartland of Judea and Samaria, and a fierce Center for Law and Justice, which takes on cases against anti-Semitism and fights the anti-Semitic Boycott, Divestment and Sanctions efforts through our legal system, to list a few examples.

To learn more and to sponsor or place an ad for this not to be missed event, go to: https://zoa.org/mission-events/annual-gala/ or contact florida@zoa.org or 212-481-1500.