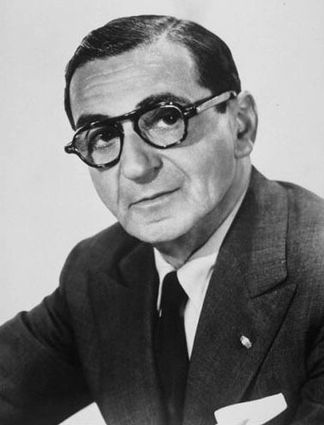 I know I've said this before, many times: "Much of the American Songbook (no rap) was composed by Jews. The greatest songs of all time, in my opinion!"

The other night while watching television (what else is there to do since the start of this pandemic?) I watched the movie "Holiday Inn" on television. All the songs were written by Israel Bellin. (You know him as Irving Berlin.) This was the Broadway version of the 1942 movie of the same name.

It had many funny moments, including when the Christmas Tree had a Star of David on top!

Some of the great songs were "Steppin' Out With My Baby," "Blue Skies," "Heat Wave," "It's A Lovely Day Today," "Cheek to Cheek" and ... wait for it... "White Christmas" and "Easter Parade."! Do you believe? A nice Jewish boy wrote such songs that live on from generation to generation!

Back to some serious news of the day ...

According to the World Jewish Congress, following Israel's normalization of ties with the United Arab Emirates, the Jewish Council of the Emirates will formally affiliate with the WJC ... the UAE has abolished its law boycotting Israel, another productive step forward for the region ... UNESCO and others are joining with WJC to work to counter conspiracy myths ... and through their close work over many years with Facebook, Holocaust denial and distortion content is finally being removed from its platforms. This is a major accomplishment in the battle against online hate.

These stories renew the Jewish people's sense of hope and optimism that positive change is possible as long as we remain committed to it.

But reports such as the one out of Australia that shows anti-Semitic incidents up a shocking 31 percent in 2019, remind us that the threats we face remain as real as ever. We cannot rest until the age-old scourge of anti-Semitism has been defeated once and for all!

"People need to know how to identify conspiracies and shut down the spread in order to disseminate the truth.

UNESCO Director-General AUDREY AZOULAY underlined the dangers of misinformation and rumors in relation to the pandemic and other issues.

Conspiracy theories cause real harm to people, to their health, and also to their physical safety. They amplify and legitimize misconceptions about the pandemic, and reinforce stereotypes, which can fuel violence and violent extremist ideologies."

Nancy Ludin, CEO of the Jewish Pavilion, gives kudos to BARRY RUBENSTEIN, who has been volunteering with the Jewish Pavilion for close to 20 years. Barry will be honored at 8 over 80 for his years of dedication to our seniors in elder care communities. Barry and his wife, Pat, have attended weekly Shabbat services at many senior communities prior to the pandemic. Barry has developed wonderful relationships with seniors over the years. Many of the women fight to have the seat next to him and refer to him as their boyfriend. His warmth, compassion and storytelling expertise are greatly appreciated by everyone he meets.

Here is a note for all my readers from JEFF RUPERT as a reminder: "Hi friends-I just wanted to give you a heads up that my quartet with Richard Drexler, Marty Morell and Ben Kramer will be playing LIVE at Blue Bamboo on Dec. 4.

There will be limited seating, in accordance with COVID guidelines. 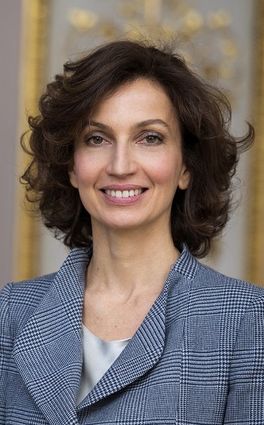 Standing on the shoulders of flute giants from worlds as diverse as Rampal & Galway in Classical Music; Richard Egues' Cuban Charanga style; rocker Ian Anderson's Jethro Tull; Herbie Mann and - most influential of all - Hubert Laws, as pioneers of Jazz Flute, Latin Grammy Award winning Nestor Torres' rhythmic and mellifluous flute sound remains apart in a class all by itself.

Not many of you may know his name but you should ... Josef Hartinger, a German lawyer. Unfortunately, he died in the 1980s.

His investigations on paper were used by Americans at the Nurenberg Trials.

He was once quoted as saying: "I can see hatred in SS officers eyes."

An elderly man (my age?) is sitting on a park bench reading a newspaper. A bird flies overhead and a copious dropping of you-know -what lands on the man's best navy blue suit.

He looks up and shakes his fist in fury at the bird and cries out, "For others, you sing!"