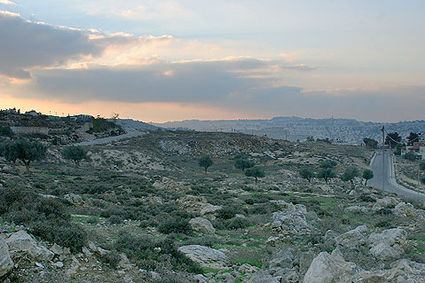 The Jerusalem neighborhood of Givat Hamatos.

(JNS) - Israel moved ahead on Sunday with plans laid out in February to build 1,257 housing units in the eastern Jerusalem neighborhood of Givat Hamatos.

The Israel Lands Authority opened construction tenders for contractors, Reuters reported on Monday, in a move that has elicited criticism from the Palestinian Authority, the European Union and the United Nations.

Nabil Abu Rudeineh, a spokesman for P.A. leader Mahmoud Abbas, said in a statement that settlements were illegal under international law and was part of Israel's efforts "to kill the internationally-backed two-state solution," a...