Six weeks ago, Facebook announced a ban on Holocaust denial - it's still easy to find 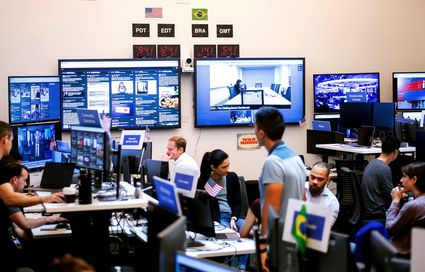 Employees work in a Facebook unit focused on the fight against misinformation and manipulation in Menlo Park, California in 2018.

(JTA) - As of Wednesday afternoon, one of the first results in a Facebook search for "Holohoax" - a term popular with Holocaust deniers - was a post decrying "Zionist White Jewish Supremacist Child murdering Apartheid State, Talmudic Satanic Holohoax promoters."

Right below it was a video, posted by a group with more than 6,000 followers, captioned "Research: Holohoax and Jew world order."

These results showed up six weeks after Facebook announced that it was banning Holocaust denial and distortion across its platforms, including Instagram.

When it made the announcement, the company pledged...