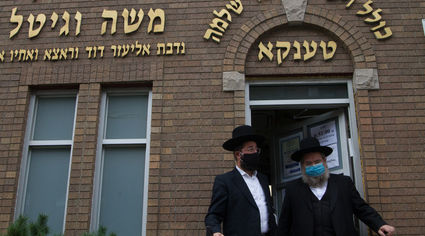 (JTA) - In the more than 30 years that Rabbi Chaim Dovid Zwiebel has worked at Agudath Israel, an umbrella organization and advocacy group representing haredi Orthodox Jews, he can't remember a single year where as much of the group's work took place in court.

There was the lawsuit challenging New York State for applying different standards on attendance at houses of worship than at businesses. Agudath Israel filed an amicus brief supporting the plaintiffs.

There was the case in which Orthodox summer camp directors sued the same state for shutting down overnight camps. Agudath Israel bac...